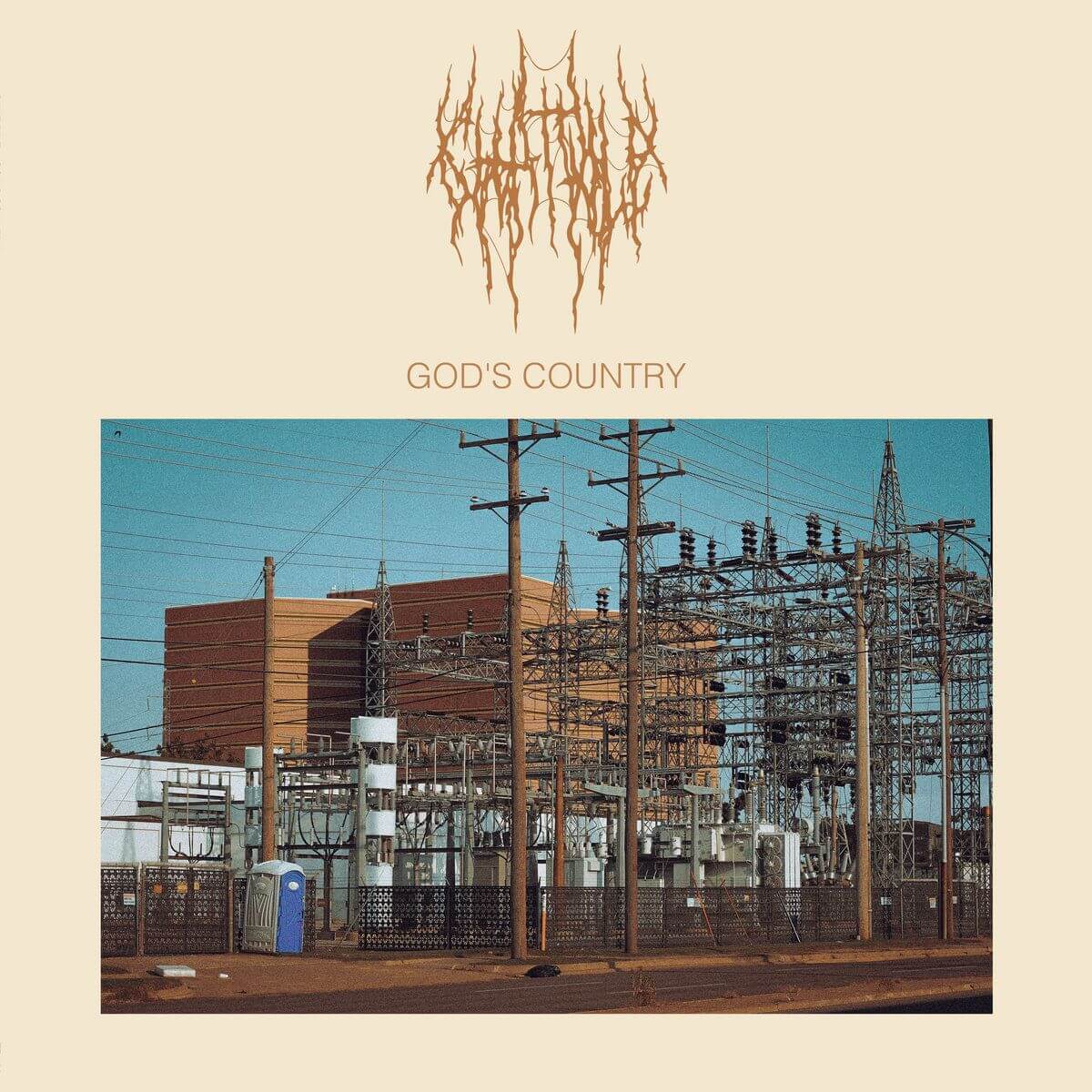 Chat Pile, the sludge metal band out of Oklahoma made up of anonymous players, end their dark new album, God’s Country, with a man haunted by McDonald’s “purple man,” Grimace, so that he wants to throw himself out the window and kill himself. Grimace is the perfect “mascot” for this deep dive into America’s hidden but unsavory sides. With songs about homelessness, deadly stick ups, drug use, and bloody revenge, Chat Pile take the mask off of corporately-run America, and show a grimace beneath.

Their band name, which is taken from chat mining common to their area, and the toxic waste left behind after companies despoil the land, gives a hint at their intentions. Through screams and talk, growling guitars and pounding drums, they look with bravery and disgust at the “waste” caused by our often inhumane way of living and running this country. “This is something that I cannot beat / And it for sure will destroy what energy I have left inside,” they sing on “Tropical Beaches, Inc,” a tongue-in-cheek criticism of the rich’s ability to monopolize on paradisiacal escape, which is played in a break neck speed romp.

But energy is what they have in spades, and if they didn’t have hope, why would they shine light on issues that need such dire attention? As the title of the album suggests, there is a sort of dark but enduring faith behind their efforts. “And the eyes of God are forgiving now… / Blood had to be shed / In order to set things right.” Their faith, it seems, is a far cry from the sterile, cookie cutter faith of white picket fence Americans. And they delve deep into the despair caused by death and destruction.

On perhaps the most beautiful (and saddest) song on the record, they recall the death of a friend, “Pamela,” by drowning in a lake. When his “Heart broke into a million pieces / A kind of darkness you just never get used to.” “So I stare at the lake / biding my time / waiting to die / waiting to die.” It’s a song that communicates that is not just the American experience, but the human experience, that is sometimes cruel and unbearable.

But overall, the album is an incrimination of America’s greed and violence and neglect. Perhaps the reason for their anonymity. Perhaps because these are players from other famous bands, and they just wanted to make a viscerally honest project, without getting all the unwanted attention. It’s a hard listen, for sure. The music is often times as ugly as the subject matter, and you leave the experience with your eyes opened to a country in much worse condition than you expected it was. This album is about catharsis, yes, giving voice to the pain and anger of some people’s experience in a conflicted country. But mostly, it seems, it’s an attempt to open people’s eyes, to the darker realities just underneath our noses.