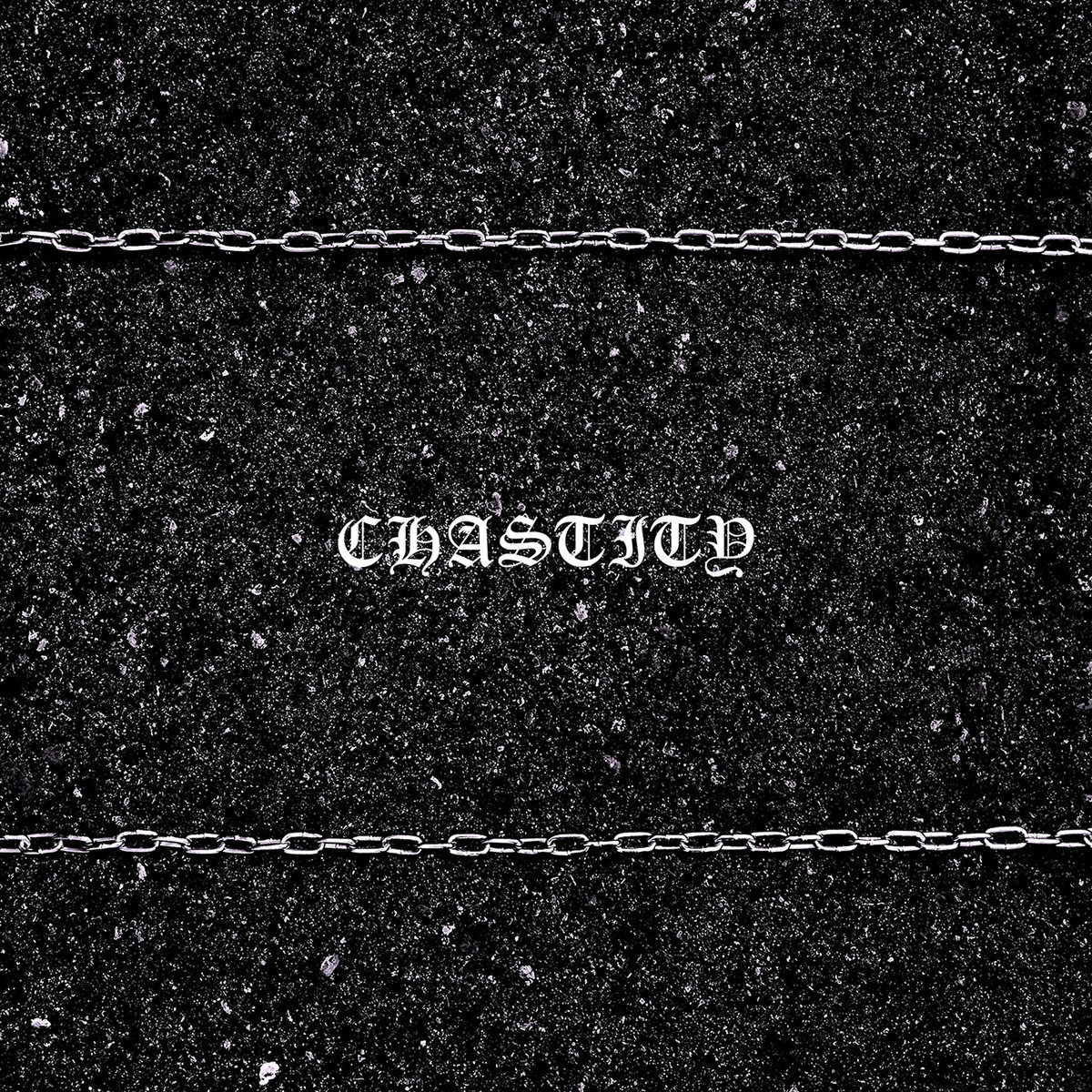 Listening to the latest EP by Whitby, Ontario’s Chastity, you feel and inspiring level of energy as they turn anger into something constructive. Throughout its few tracks the band offer a tight selection of how far they can take punk, pop and about all the distortion you can fit into a recording. Playing like the love-child of Metz, Savages and the pop of the post-punk movement, this is a record that is catchy, scary and dirty all at the same time.

Opening the record with a shredding blast of distortion, “Manning Hill” lets riffs and a fiery set of guitars cry out from the amplifiers. The righteous vocals and heavy hitting beats explode all over the track, giving a powerful energy that passes right on to the listeners. Through their unrelenting feedback and non-stop delivery, the track starts the release on a song that would throw any venue into total mayhem.

“Chains” starts with an ominously quiet creak of guitars, as almost nothing comes out before the utter devastation that comes with its main hook. Full of bass and stomping drums the riffs are suffocating and distressed in mighty way. Building momentum, they finally reach an open section as the lyrics tell of someone out of sorts. Sludgy, the track flickers from uncertain to angry in an instant, letting its slow-burn roll out the big moments with exciting tension. As the track builds towards its singed finally, there’s a brutal onslaught of drums and metallic licks that eventually reach a blow-out.

On catchy notes and a menacing bass tone, “Flesh” comes out with parts Savages and post-punk. Utilizing the pop sensibilities that the punk genre has taken on in recent years, the track is an up-tempo rush of energy that’s just as invigorating as it is accessible, while never feeling dishonest. The soul that runs through the track is so huge an dark that it’s honestly surprising that you’ll want to move around at the same time.

“Institution” vocals start on sad and desperate uncertainty as the guitars slowly loop their demented hooks. As the track rolls forward, the downbeat emotions turn to raw anger, making for a harsh rise towards something moving and terrifying by its finale. There’s also a subtle shift throughout the song in its guitars as their distortion moves from echoes and depth to piercing noises to match the massive passion of the vocals and the pure anger behind them.

Closing fast and in pieces on “Popular Belief” they’re already grinding the guitars cacophonously within seconds and that’s before the drums even kick in. Critiquing the modern state of sexual beliefs, the vocals are delivered so aggressively it’s hard to tell at times if the band is upset or playing a character.