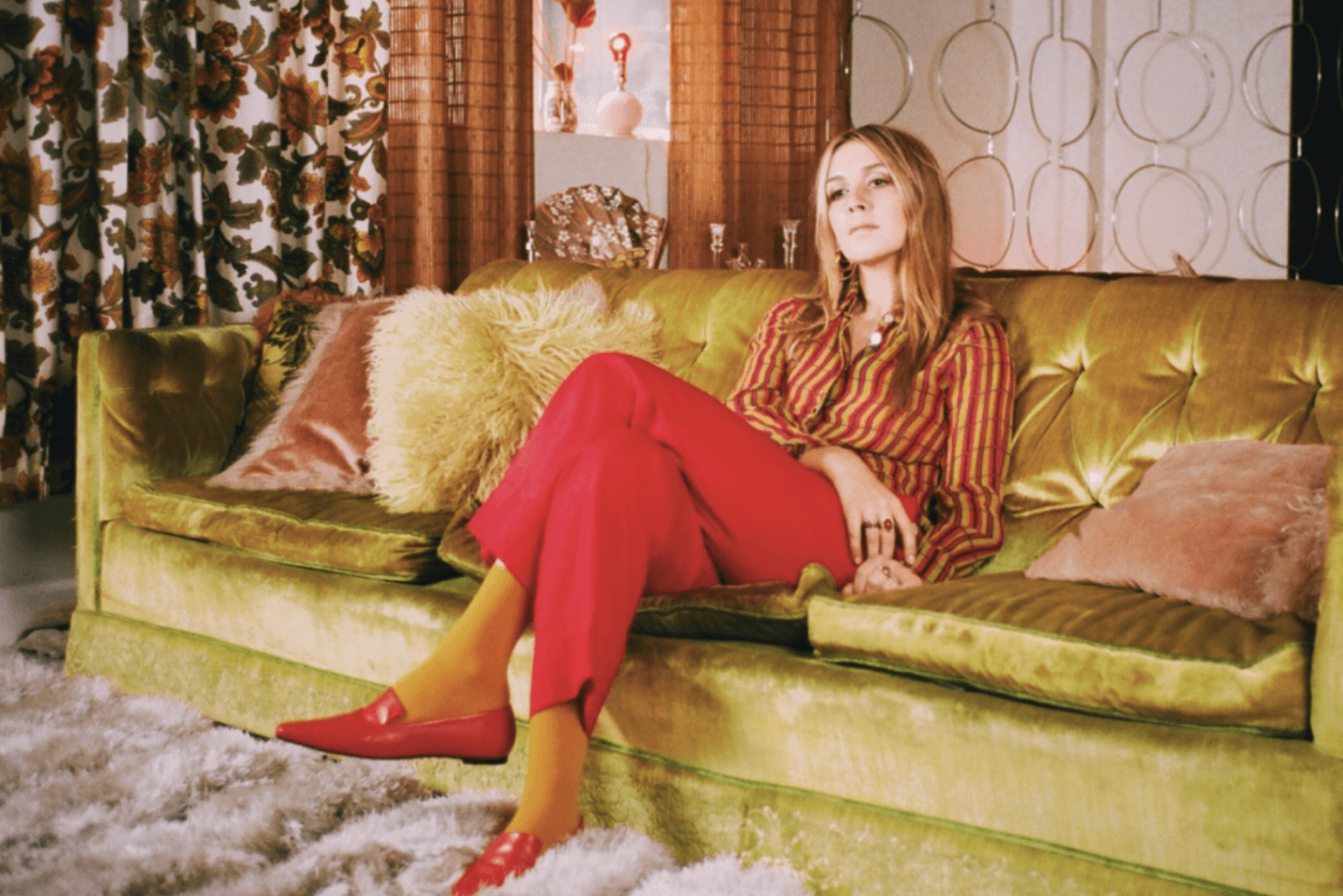 Chase Cohl has announced her Dear Dear EP will drop on March 19, 2021. Along with the news, Cohl has made the track and Gemma Warren video for lead single “Take It Like A Man.” The video and all four-songs on the EP pay homage to ‘60s girl group The Ronettes, The Shirelles, Darlene Love and The Crystals. The track and video come a week after the debut of BESA, Cohl’s latest fashion endeavor small collection of high-end cashmere headscarves produced in small, ethically-made quantities. The first run sold out in less than 24 hours, and the second batch is available for pre-order HERE.

Born to a mother (featured at 18 years old on the Dear Dear: Volume 1 Album Cover) and father deeply immersed in both the ethos and business of music, Cohl spent much of her youth on the road with the Rolling Stones, citing Keith Richards and Ronnie Wood as her “style icons” to this day. She quietly picked up piano before eventually moving on to guitar and banjo during her college days as a poetry major in New York City where she devoured the works of Jerome Rothenberg, Henry Miller, Arthur Rimbaud, and others.

Simultaneously, she drew on a lifelong passion for sewing and unassumingly crafted the debut collection of LittleDoe’s headpieces in 2009. She sold her first to none other than Fergie following a chance encounter in an NYC restaurant. In the midst of presciently building Littledoe into a Vogue-endorsed early progenitor of the modern Boho movement sported by Beyoncé, Lady Gaga, the characters of Schitt’s Creek and other fashion icons, she penned countless songs.