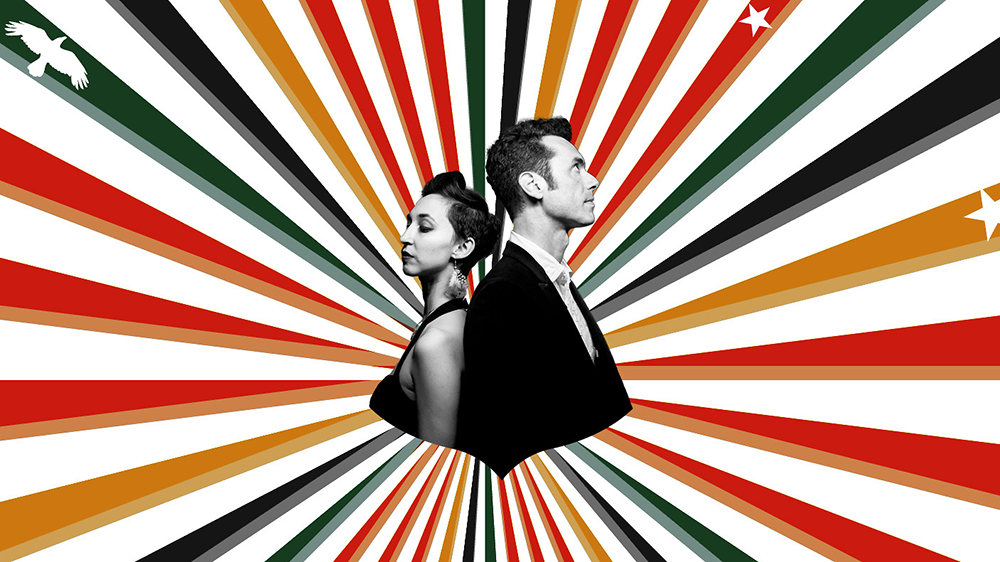 Charming Disaster is Brooklyn, NY songwriting and performance duo formed by musicians Ellia Bisker (of Sweet Soubrette and Funkrust Brass Band) and Jeff Morris (of Kotorino), formed in 2012. Inspired by the gothic humor of Edward Gorey and Tim Burton, the noir storytelling of Raymond Chandler, the stylish aesthetic of French new wave film, the murder ballads of the Americana tradition, and the dramatic flair of the cabaret, they write songs that tell stories – exploring themes like love, death, crime, ancient mythology, and the paranormal.

Many of the songs on Cautionary Tales were created in February 2015, when the duo spent two weeks holed up in an isolated cabin in the snowy woods of northern Michigan. Cautionary Tales expands on Charming Disaster’s spooky, offbeat universe of paranormal romance, circus and carnival characters, con artists, and Egyptian mythology with new songs of espionage, occult practices, supernatural creatures, and the end of the world as we know it. The album’s musical influences include traditional murder ballads, the duo collaborations of PJ Harvey and John Parish, and the folkier side of Led Zeppelin. Charming Disaster’s literary bent is also in evidence, with references to cult fantasy novels Jonathan Strange & Mr. Norrell and The Golden Compass as well as ancient lore from Greek and Norse mythology. Today the duo are debuting the album track “Snake Bit”.