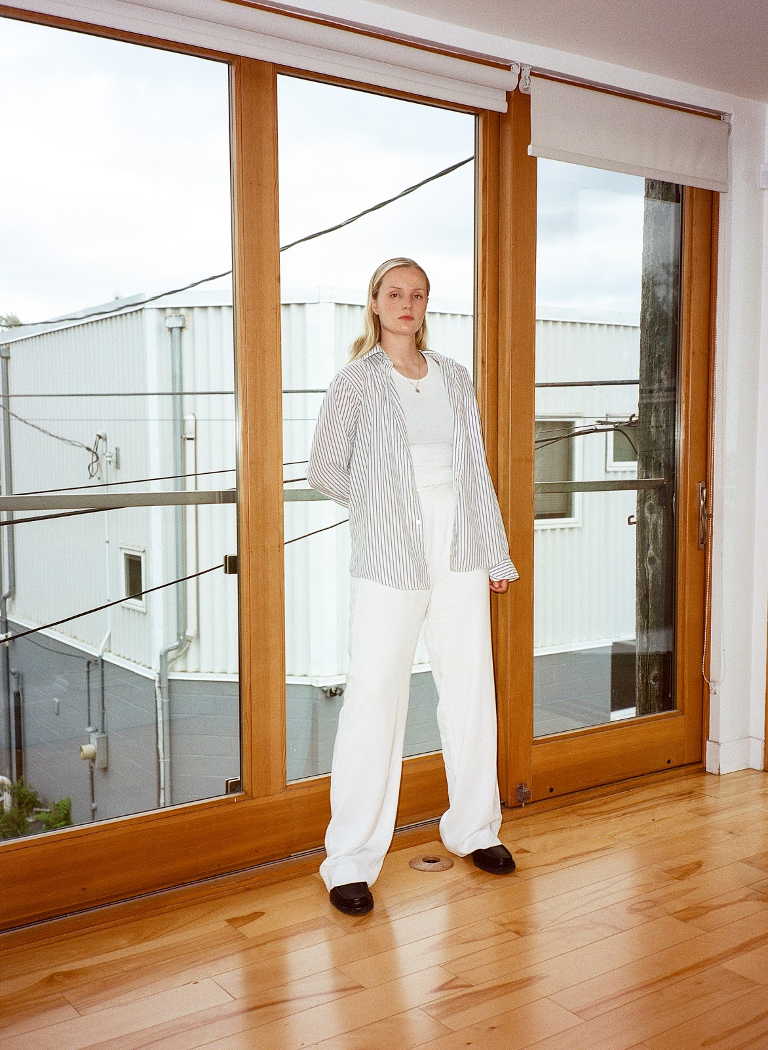 Charlotte Day Wilson "Summertime," "Take Care Of You"
Share on TwitterShare on PinterestShare on PocketShare on RedditShare on FacebookShare on Email

Charlotte Day Wilson has released two new singles – “Take Care Of You” feat. Syd and “Summertime”. The tracks are the first from the Toronto Singer/songwriter/producer of 2020.

Charlotte on the singles: ” ‘Take Care of You’ was one of those songs that came really naturally and quickly, the lyrics were impromptu & the music was simple. I just wanted to write the sort of lesbian love song that I would want to listen to. Syd was the best possible addition, we both felt it was a song that needed to be heard. I wrote Summertime at my cottage alone in the woods, I was just reflecting on some unrequited emotions that always seem to come back in the summer.”

Growing up in Canada, Wilson studied classical piano and the practice of active listening – specifically Jazz with her parents in the living room of her childhood home. As a teenager, she taught herself how to produce using Garageband and she took her first stab at writing lyrics on her debut self-released EP Palimpsest in 2012. Her early work highlights her nonconforming sound melding elements of folk, soul, jazz and hip-hop. After a short time in school, she left the program to pursue her career in music – soon after collaborating with the likes of Kaytranada, Daniel Caesar, and BadBadNotGood, before releasing her second EP in 2016, CDW.