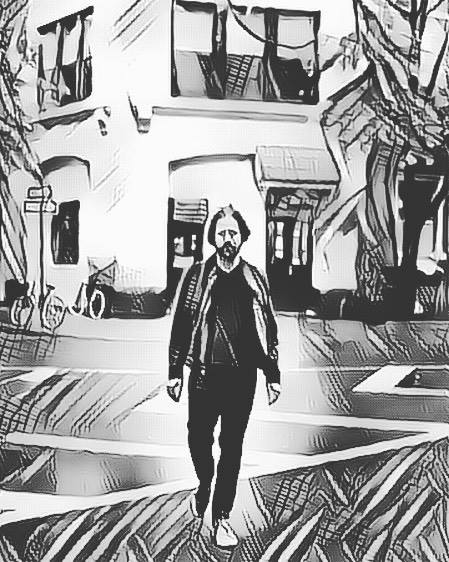 NYC-based singer-songwriter Alan Chapell, AKA: Chapell along with his 5-piece band, has made a name for himself writing unique topical music that is rich with offbeat dynamics. This approach often allows him to break the standard mold of songwriting tropes, resulting in topical and dynamic material.

Today, Northern Transmissions, premieres his newest single, “I Am Zuck,” which voices Chapell’s critical point of view regarding the evolving privacy practice of Facebook. Set to the tune of Bond-style spy guitars and mariachi horn blasts, Chapell unleashes an uncompromising parody of Mark Zuckerberg’s testimony to congress, at times using Zuck’s own words to take him down. “Tell me who you vote for, and I’ll shop it / you catch me sharing your data, I’ll promise to stop it,” Alan sings, taking particular relish in his follow up sales pitch, promising to provide “custom fit opinions match your perception.”

Much of this might be interpreted as big brother paranoia if it wasn’t for Chapell’s tech industry pedigree. He is not theorizing here. He is imbuing his work with the knowledge he’s acquired via his niche day job, advising major tech companies on privacy issues. Apparently the producers of HBO’s Silicon Valley created a character to lampoon Chapell’s role as chief privacy guru for dozens of companies, and he has drawn inevitable comparisons to Roger McNamee’s ‘Moonalice’ persona.

“I Am Zuck” boasts a dense exterior, unveiling more and more layers of Chapell’s unique perspective, gained by wading neck deep through the rise of the Internet age. His striking accompaniment, complete with Cake-esque musical flourishes, makes the cathartic and often heavily informative content go down with a spoon full of sugar. The music and lyrics are positioned is such a way that even a divergent riff into the Beatles’ “Elenor Rigby” feels like a perfectly calculated hook, intended to drive home the loneliness inherent in sharing your deepest memories and secrets on a public platform.

The single is the first to be taken from Chapell’s newest LP, Penultimate, which is due to drop June 15th. The album is well stocked with insider opinions on current events as well as deeply personal declarations, shared with the perfect amount of encryption as to avoid the unwanted surveillance of prying eyes.