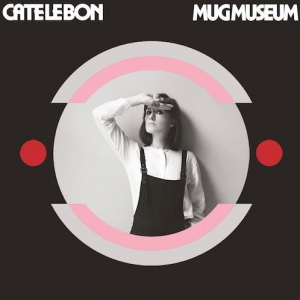 The best way to describe listening to Cate Le Bon’s new album, Mug Museum, is otherworldly. On her third album, the Welsh songstress creates a sound so haunting and enchanting that most listeners would be hard-pressed to find their way out unchanged. Le Bon’s voice is magical, a strange, lilting offering reminiscent of recordings past (Nico is most often name-checked in reviews) and the musical accompaniment is sparse but on point to create memorable songs that leave the listener craving more.

The album starts off with on a high note with “I Can’t Help You”, an upbeat, almost poppy song that sees Le Bon waxing poetic on what seems to be a lover she wishes to despise but cannot bring herself to. The vocals are backed by simple, single-note guitar lines that bring to mind the best of Television’s Marquis Moon. As Le Bon’s voice waxes and wanes, we are caught up in the raw emotion on display and left somewhat shaken as the song draws to a skronky horn-filled close.

Le Bon’s diction gifts many of her songs with a timeless quality. The minimal instrumentation compliments her airy vocals without detracting from their poignancy. Oddly, very few songs focus on the traditional tropes of romance, and it is often difficult to pinpoint a clear narrative to the songs’ topics, as they are more free-flowing poetry. One of the album’s clearest narratives, and its one duet, “I Think I Knew”, paints a dismal picture of a ruined relationship, and Le Bon’s repeated lament, “I wish I knew…” is complimented by a gentle, falling keyboard line that seems geared towards pulling at the listener’s heartstrings.

Standout tracks include the masterful “Duke” and “Wild”, the latter a keyboard-heavy track that has Le Bon near yodeling during the frenetic chorus. Creepy “Mirror Me” has a jarring violin dancing behind the lyrics that will make many a Velvet Underground enthusiast cheer. The album’s title track is an eerie bookend, a slow song complete with what sounds like a creaking rocking chair to accentuate the uncomfortable feeling that we are listening to an old woman reliving better days. As sparse as much of this recording is, many of the tracks are quite upbeat, and some are downright danceable.

Without a doubt, Le Bon’s is a voice we should hope to hear a lot more of in the coming years. Her songwriting, while simple, is fraught with emotion and a strange sort of permanence. Comparisons to bands of yesteryear help ground the record, but Le Bon is more than capable of standing on her own to feet and carving a path paved with haunting images and memorable, passionate songs.