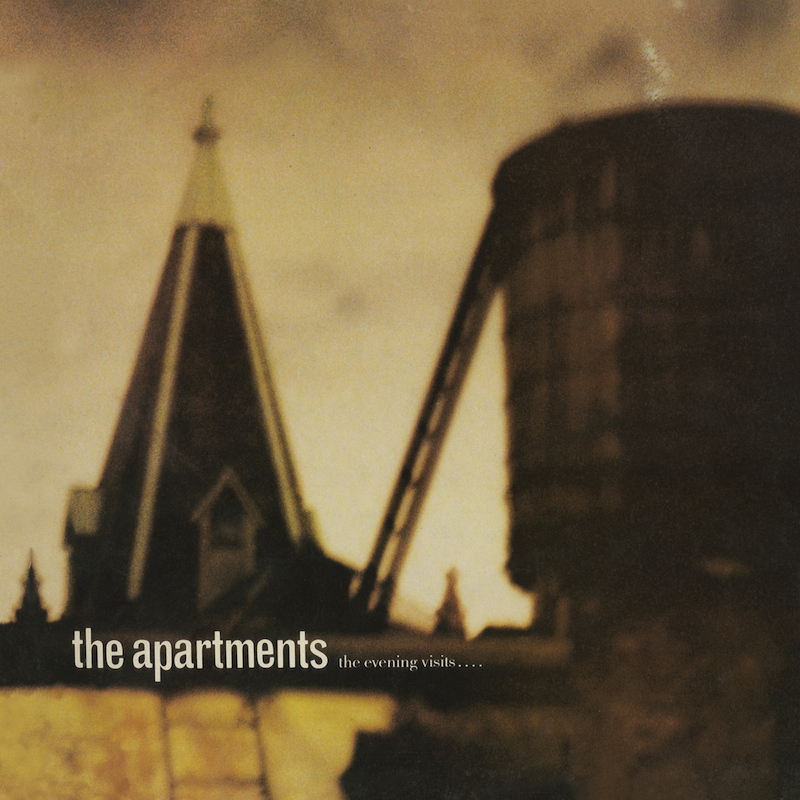 Captured Tracks is pleased to announce the reissue of the evening visits… and stays for years (Expanded Edition) from the indie Australian act The Apartments. A detailed look at the band’s 70s/early 80s catalog, the reissue will feature the complete the evening visits LP, rare first singles and a collection of unreleased demos. The inclusive edition will also come complete with liner notes by Robert Forster of The Go-Betweens, Steven Schayer of The Chills and The Apartments’ Peter Milton Walsh.

Before leaving Australia, Walsh certainly made his mark on the Brisbane scene. His band, The Apartments, formed in 1978 and spent the next year playing shows around their hometown. With a reputation that preceded him, Walsh was sought out by Robert Forster and Grant McLennan, members of one of Brisbane’s most critically adored bands, The Go-Betweens. Having been offered an 8 album deal by Beserkley Records (home to Jonathan Richman and The Modern Lovers), Forster and McLennan asked Walsh to join The Go-Betweens as their fourth member in late 1978. The union was, however, short lived, as the deal with Beserkley fell through. Grant McLennan famously said of their different personalities, “Walsh is night, we are day. We’re sun, he’s rain.”

Walsh resumed The Apartments, leaving The Go-Betweens as a three-piece. They went on to affectionately write a song for Walsh, entitled “Don’t Let Him Come Back”—later given an incendiary cover by Jay Reatard—which included the line, “Here he comes, with his twelve o’clock junk…who’s that dressed in black? Who’s that in his apartment?” The bands remained friends however, and The Apartments went on to record their first EP, Return of the Hypnotist for The Go-Betweens’ Able Label. However, before the EP was even released, The Apartments broke up and Walsh left for New York City. During his time in NYC, Walsh played music with a number of bands and recorded many songs that would serve as demos for future Apartments releases.

Returning to Australia in 1984, Walsh put The Apartments together again to record the single, “All You Wanted.” All the while the band were also recording demos which led to a deal with London’s legendary Rough Trade Records, prompting Walsh to move to London in 1985. It was there that he recorded The Apartments first LP, the evening visits… and stays for years.

While The Apartments and Walsh continued to tour and record with various lineups, the tracks on the reissue covering the band’s first seven years provide a definitive look at their early sound.