Buke And Gase To Play Shows With Tomahawk 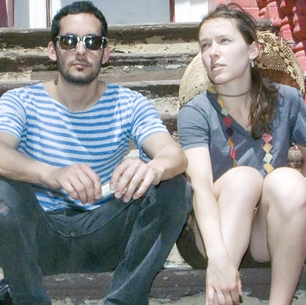 If, while listening to Buke and Gase’s new record, General Dome, you ever got the urge to head-bang or punch the air, feel free to rejoice in your forward-thinking inclinations. Yes, there IS a heavy sound beneath Arone Dyer’s pop-leaning and acrobatic vocals, and you’re not the only one to notice. Metal supergroup Tomahawk (featuring Mike Patton of Faith No More and Mr. Bungle, Trevor Dunn, also of Mr. Bungle, Duane Denison of The Jesus Lizard, and John Stanier of Helmet and Battles) has asked Buke and Gase to join them for a series of shows in June. And to further show the versatility of Buke and Gase’s music, the band has also been asked to open for psychedelic chameleons Animal Collective in Washington, DC. Catch them live this summer!