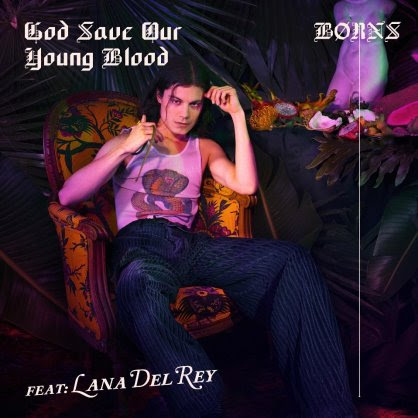 BØRNS, has released the new song, “God Save Our Young Blood” feat Lana Del Rey.” The track is out today, via all digital retailers, and will be featured on BØRNS’ sophomore album Blue Madonna which is set for release on January 12, and was produced by Tommy English.

Garrett Borns was living in a secluded tree house in the Los Angeles canyons when he wrote his debut album Dopamine. Since the release of Dopamine, BØRNS has performed at numerous festivals including Coachella, Lollapalooza, Hangout, Sasquatch and Bonnaroo and completely sold out his headline theater tour in the spring of 2016