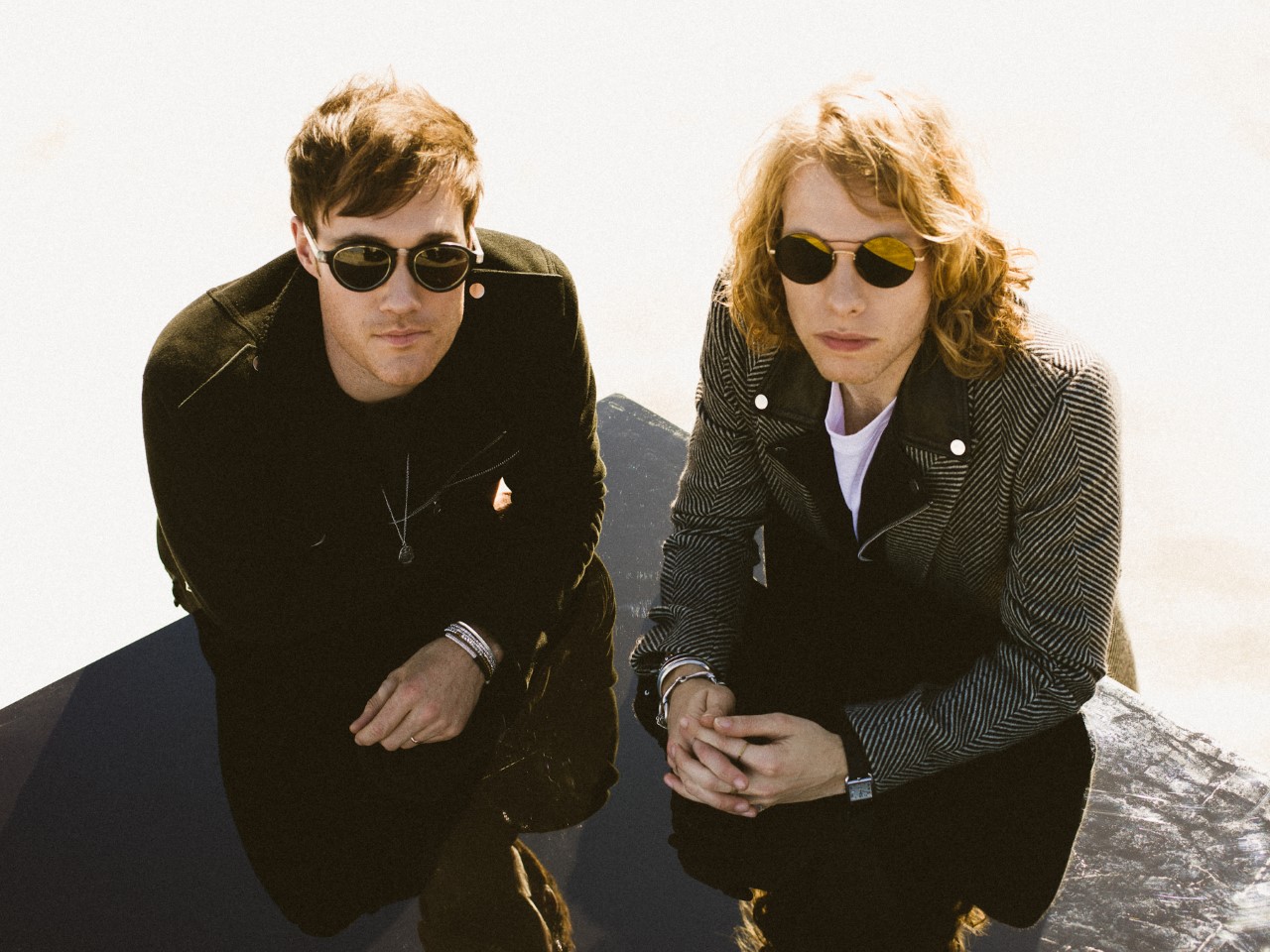 Seeing the struggle in the world during their travels around the world, Tom Howie and Jimmy Vallance of Bob Moses wanted to reinterpret this conflict on a broad scale. Holding up in Laurel Canyon around Los Angeles, Bob Moses brought even more new arrangements into their electronic core. We caught up with Howie ahead of their North American tour to talk about Battle Lines, starting a band from the rave scene and how Bob Moses tackles music now.

Northern Transmissions: How did your time on the road shape this latest record whether it be musically or lyrically in what you saw?

Tom Howie (Bob Moses): You have to draw inspiration on life and I guess we spend a lot of our lives on tour. The main thing is we travelled a lot of ahead of this record, seeing people from all these different places. Our first record was very introspective and all about our inner struggles. We had 4000 people singing to us in Egypt, so we learned that people aren’t that different anywhere you go. We were also affected by the struggles in the world around us too. The record is about how all these struggles are reflected in the world and how we can relate those to what we see in other people. It’s much more of an outward looking and social commentary-based record.

NT: You also made this album out of a house in Laurel Canyon, Los Angeles, is there something about living out there or in that seclusion that guided your process?

TH: It’s interesting because we’re both from Vancouver, Canada and we started our band in New York, where we made all our music previously. We both had this superstition that we needed to be in dark and rainy places to make our music. We learned that this was false over time because it’s really about channeling inspiration, and however you can fuel that inspiration is fine. We started our ideas on the road but we wanted to go to L.A. because we hadn’t lived anywhere since hitting the road in 2015. A lot of musicians had lived in Laurel Canyon, there’s a rich musical history there and there’s also a lot of studio space already setup there. To be honest, we wanted a place that was already setup as a studio, and we found it there. We liked the idea of working there because of Frank Zappa, Joni Mitchell and Neil Young had all recorded up there. There’s all these weird hills up there and it seems like you couldn’t build a hill village like that today. A lot of inspiration came from imagining all the other artists that had recorded up there, and the seclusion definitely helped.

NT: I was also interested that you’ve been avoiding road-testing any of your new music live, so what keeps you from this side of things?

TH: In a more stereotypical band format, road-testing would’ve been more possible, where you have four people, you write and record. But because it’s just Jimmy and I, and we approach all our music from a producer/writer standpoint, we’re always trying to figure it out live later. We still played a lot during the making of the record which keeps our ear to the ground and keeps us connected to the dynamics that makes crowd react live, we just didn’t play the new material. That playing is the roots of where we come from, and we took that inspiration to make the best record possible. We’re lucky that it worked out that the song’s come across live so well. We also pushed the instrumentation more on this album which limited us to trying things live, because before we could play a club gig with just the two of us.

NT: I understand you guys also started out much more electronic in your first incarnation of Bob Moses, so what lead you to where it is now?

TH: We’ve always been a product of our environment, and we’ve both always had pretty diverse musical tastes. Our desire when we started was to write the best songs we could and to have the best sound! Those two pillars were what we built the band on, and we’ve always looked back to that. We had been writing in the rave scene in New York and wanted to be part of it. We started from there as a way to play those parties and use those sounds. We always had the love of that music, songs and so many other kinds of music. It was about finding a way to blend those things into our version of underground electronic music. As we got better and played more festivals, we found those places lend themselves to different sounds, and we’ve opened our ears to other styles. We added a drummer and then the next step with this tour was to add a bass player. With those new elements, we’ve been able to push the music to be more nuanced and dynamic.

NT: You also talked about feeling directionless a year ago and being blind going into this album, so what changed this?

TH: At the end of the day you have to write the music you want, and push yourself. Standing still is boring. So much of the time you have to write to figure out what you want to write about, as weird as that sounds. As you start doing it, you see the lay of the land. Every album feels that way for us. Coming off the success of the last record, we shed all the ideas of that pressure because we knew it was about making music that was true to us and connected with people. Honing in on those ideas was the beginning of this album.