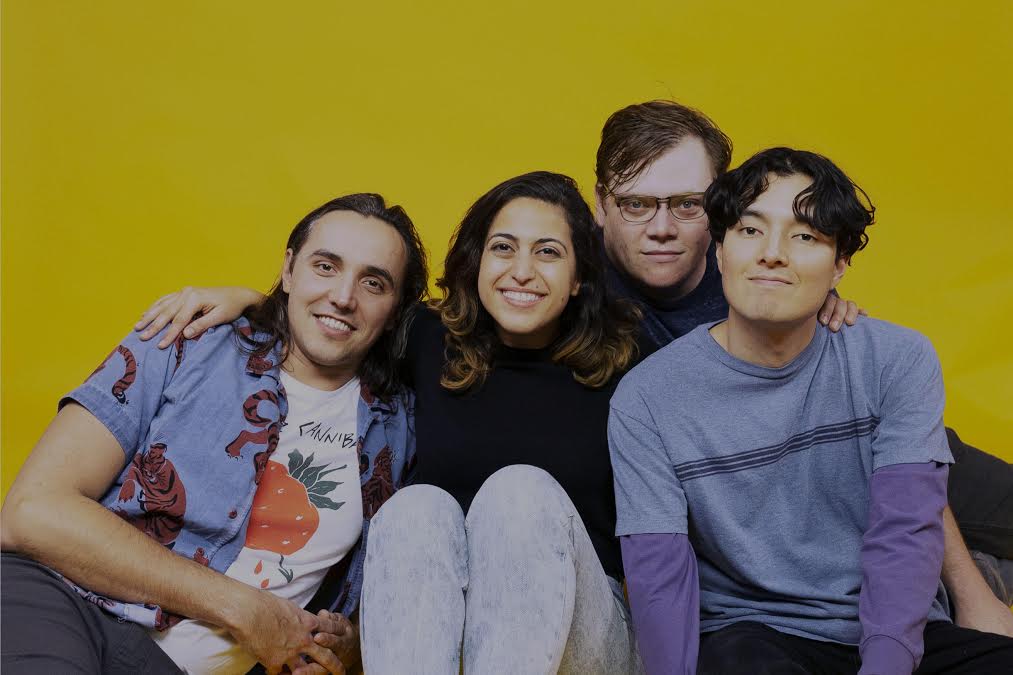 Blushh New Album R.I.P.
Share on TwitterShare on PinterestShare on PocketShare on RedditShare on FacebookShare on Email

Shab Ferdowsi AKA: Blushh started writing songs in 2015 as a joke before moving to Ireland for a month. She thought it would be funny if she could make some money busking on the streets of Galway while she was abroad. Well she didn’t make a lot of money, but she did get into the habit of songwriting every single day.
When she came back to LA with those new songs, her friends offered to join her band so she decided to give this a shot. In the fall of 2016 she bought an electric guitar, recorded “Are We Too Far?” in her friend’s garage, and played her first full band show.

In 2017, Blushh released its first EP It’s Fine, followed by a split EP with Maddie Ross that fall.
In 2018, Shab learned what power chords are and that’s what you hear when you listen to her 2nd EP, Thx 4 Asking. That fall, the full band headed out on their first west coast tour.

R.I.P. APATHY is a reminder to myself to remember what happens when I get out of my head, how awesome it feels to listen to my gut and tp follow that feeling relentlessly.

R.I.P. APATHY is a call to action to give a shit : about ourselves, our art, our communities, and this planet.”