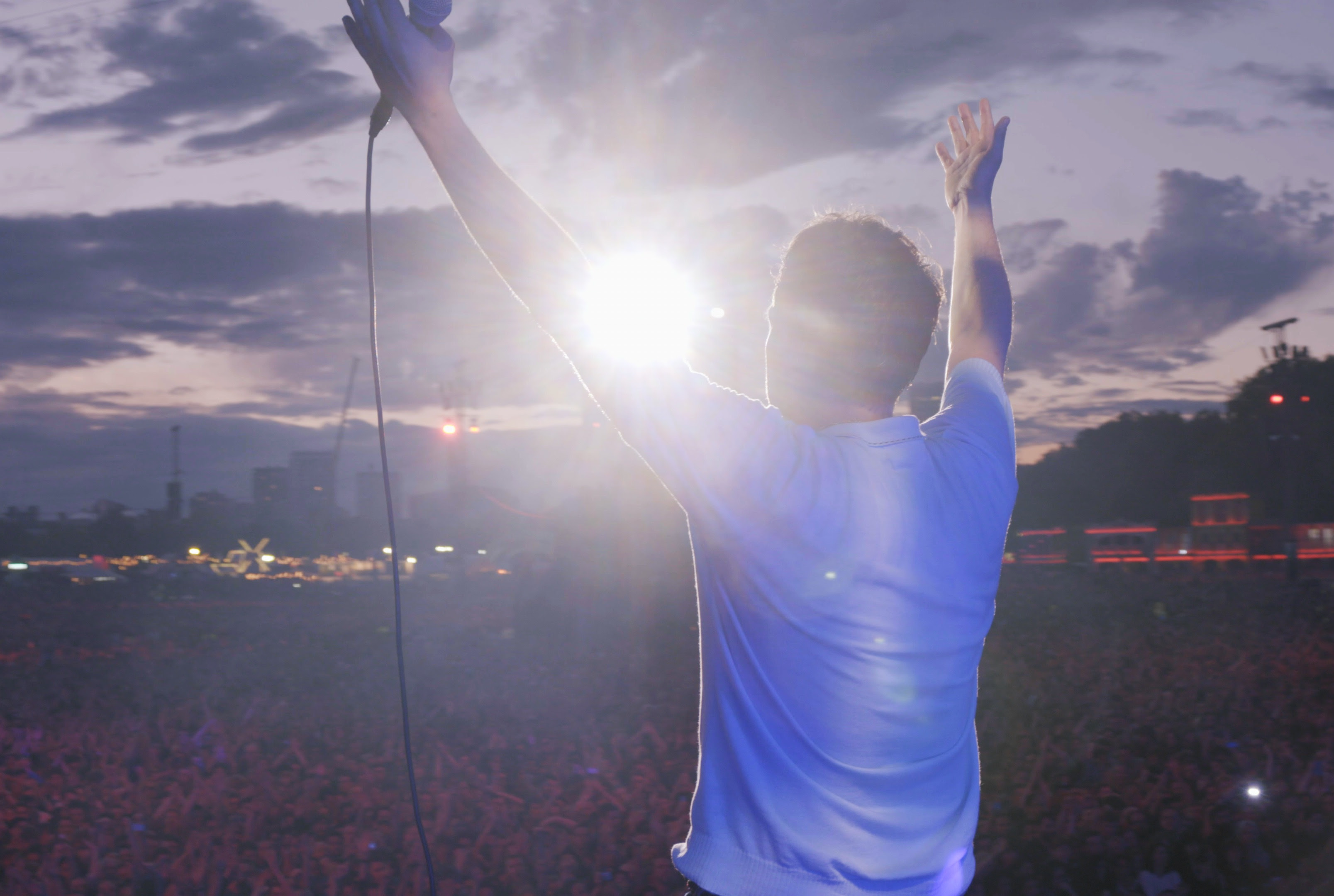 New World Towers is the new documentary film on Blur, spanning the last few years of the band’s life. Directed by Sam Wrench, it records the genesis of the latest album “The Magic Whip”, from impromptu sessions on an unexpected stay in Hong Kong, to playing rousing live performances at Hyde Park and Hong Kong.

The “one night only” screening is on December 2nd and will show at cities including London, Manchester, Birmingham, Liverpool and Edinburgh, at selected Picturehouse, Curzon, Odeon, Vue and Cineworld venues. New World Towers has also been playing at selected international film festivals worldwide, including New York, Copenhagen, and Porto. An international release is also planned, with more dates to follow shortly.

Cutting between incredible scenes of Blur’s impassioned live performances this year and intimate, candid footage of the band in the studio and behind the scenes, New World Towers provides an account of one of Britain’s most iconic bands today. You can watch a new clip from the movie now, providing a glimpse into the inimitable live dynamic between the quartet of Damon Albarn, Graham Coxon, Alex James and Dave Rowntree as they perform “This Is A Low” in London’s Hyde Park during their triumphant headline set this summer.

Blur were formed in 1989 by Damon Albarn, Graham Coxon, Alex James and Dave Rowntree and signed with Food/EMI the same year. Announcing their arrival with debut album Leisure in 1991, Blur continued to revolutionise the sound of English popular music with second release Modern Life Is Rubbish (1993). Five albums followed – with Parklife (1994) and The Great Escape (1995) helping to propel the band to mass popularity in the UK and beyond. The eponymous Blur was released in 1997 and seventh album Think Tank (2003) was Blur’s first as a three-piece after the temporary departure of founding guitarist Graham Coxon.

Sam Wrench is a London-based documentary, music and commercials director who forged a relationship with Blur through his fresh approach and passion for the band. His most recent feature documentary with Mary J Blige, premiered at the Tribeca Film Festival in April. With New World Towers, he captured the most intimate interviews working alone with the band members in the relaxed atmosphere of their respective homes, which contrasts beautifully with the extravagant multi-camera coverage of their Hyde Park show and the atmospheric approach to the Hong Kong concert.

BlinkTV is one of the world’s leading producers and distributors of live music content and films. The company has built up a star studded roster over the years, comprised of many of the biggest names in the business, and has recently commenced production with a new film, ‘Buena Vista Social Club – Adios’ with director Lucy Walker, due for worldwide release in 2016
For further information contact BlinkTV