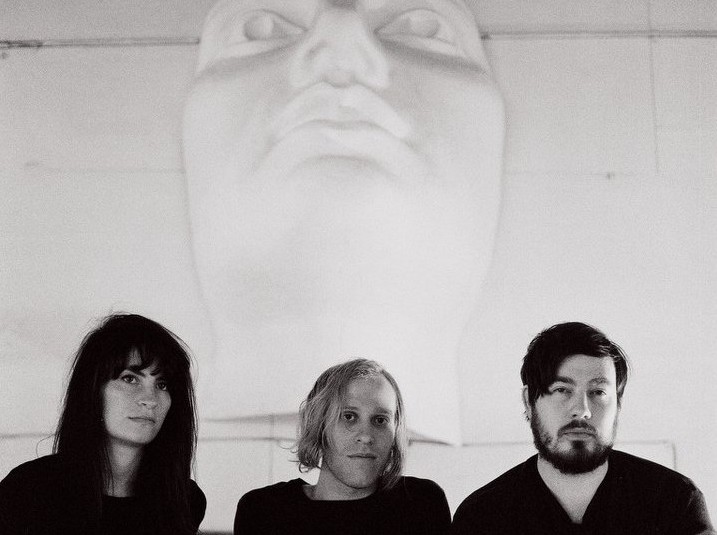 Northern Transmissions caught up with Charlie Hilton from Blouse, with bandmate Patrick joining in for the last few minutes of the interview. We all shared a lot of laughs. The band’s new album Imperium comes out September 17th on Captured Tracks.

NT: Imperium is a departure from your last self-titled album. This time, the band used mostly live instruments instead of drum machines and synthesizers. Did you know from the beginning that you wanted to move in a new direction?

CH: In the beginning, we sat down and really discussed what we wanted to do with the record. In the past, our plans didn’t really work out one hundred percent. We didn’t want to make the same album as Blouse. It was Jacob (band member/producer) who suggested that we move away from the machines a bit and use real instruments. We talked about our influences, which include punk and post-rock. We felt that the first album didn’t really come across as us. We are really happy with the way Imperium turned out.

NT: How much influence does Jacob bring to the band’s sound?

CH: Jacob plays a huge role in the band’s sound. He really has a huge role in putting all the songs together. He’s a huge talent, both as a musician and a producer. I’m not sure the songs would have come together the way they did. He plays so many instruments too. He plays in Unknown Mortal Orchestra as well, so he’s constantly touring with them. It was nice, because when we were recording Imperium, it gave us a chance to come up with new ideas or changes with the songs. When he would come back from the road, we all had new ideas about the songs.

NT: The second single “A Feeling Like This” really switches gears from the first single “No Shelter”.

CH: Yeah, the song is about a mushroom trip. It sounds much different because I basically wrote it by myself. Most of the other songs on the album were structured and written together. I really like the chord changes and the song’s meaning. The song really asks if you need psychedelics to experience certain types of emotions.

NT: You and Patrick started the band as a bedroom/side project. Did you have any long term plans for the band?

CH: We really didn’t have any plans. We both played music since middle school. We liked many of the same bands. We always knew that we wanted to play together, it just took a long time to happen. We recorded some stuff that Patrick had gotten Jacob to listen to. Jacob really wanted to produce the songs, so they really came out pretty fast. Sub Pop had heard them through Bandcamp and decided to release them. After that, Captured Tracks had heard about the band and was interested in putting out our music. Everything kind of fell into place.

NT: You encourage your fans to make videos for your music. Have you seen any material that has really blown you away?

CH: These two brothers from Paris made a really great video for the song “Ghost Dream”. They said it reminded them of their childhood. They put in in sports themes and other various things that weren’t close to what I was thinking about. The piece was really interesting though.

PA: We actually received a video, about two hours after we had just posted a song. That was pretty
incredible.

NT: You recently played Captured Tracks 5th Anniversary in New York. How much fun was that?

PA: We really had a great time It was everything and more. The sound was so good, it was really tons of fun hanging with so many friends under one canopy. It was also really cool having so many great bands together. Mac DeMarco is a great showman, he and his band are so good.

CH: It was really great. Cole from Diiv put on a wig and pretend to be me, singing a cover that we had done. Mac DeMarco was playing drums. They called their band Shit Father, lol.

NT: Which five albums are still inspiring you these days?