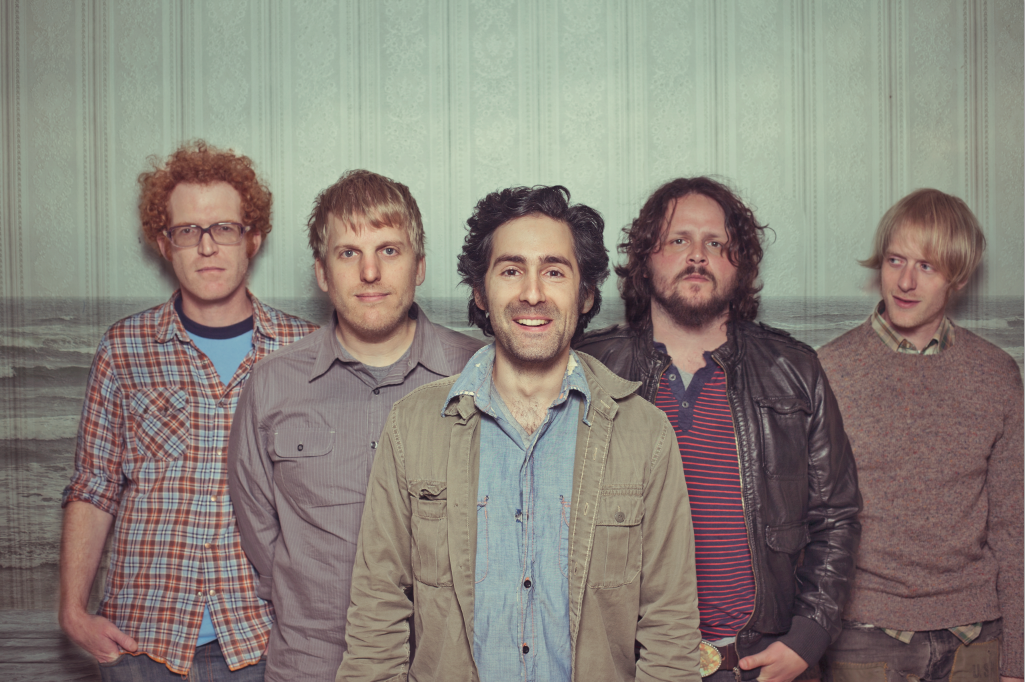 Around this time a decade ago (September 23, 2008 to be exact), Portland indie rock/alt-country outfit Blitzen Trapper released their breakthrough fourth album, Furr. A diverse and powerful record both stylistically and musically, their debut release on Sub Pop would open a number of doors for the band – from being placed at #13 on Rolling Stone’s 50 Best Albums of 2008, to performing on Late Night with Conan O’Brien and becoming a fixture on that year’s festival circuit. Furr has since opened the floodgates for a career that has seen them release five more albums; a short film, The Blitzen Trapper Massacre, directed and produced by Blitzen Trapper fan/fellow Cascadia native, Rainn Wilson; and their most recent album, 2017’s Wild and Reckless, being turned into a play. We caught up with frontman Eric Earley for a brief phoner while the band were in Saskatoon getting ready for another show on their commemorative tour, where we talked about the album’s recent reissue, his memories of making the record and looking back on it nowadays, and playing at Mexican restaurants.

Northern Transmissions: It’s been 10 years since the release of your fourth album Furr, and Sunday the 23rd will mark its official anniversary. What was going through your mind when you’d first finished recording and mastering that album all those years ago?

NT: What goes through your mind when you look back on that album now?

EE: I like it, it’s fun to play. I like all the songs on it. It’s something I’m proud of, even though it’s been a long time.

NT: This album seems to be indebted both to folk music and classic rock/British Invasion – sometimes a little bit of both at the same time. It’s an extremely diverse record musically. How much do you think it set the tone for Blitzen Trapper’s approach to music-making going forward?

EE: I think I’ve always written in all these different fashions and experimented with genres. I think Furr, for me, was [me] gaining confidence in what I was doing.

NT: What is it about the album that you think still resonates with people emotionally?

EE: I think sonically it has some timeless aspects to it. It’s not really bound up to any fashion of the time it was made. I think there are specific songs that people always seem to connect with.

EE: Like “Furr”, “Black River Killer”, “God & Suicide”, “Not Your Lover”. These songs have lyrics that sort of have these deeper meanings – stuff that I wasn’t necessarily conscious of at the time, but that people seem to connect with regardless of the time or place.

NT: You released a 10th anniversary deluxe reissue of the album this past Friday, with 10 songs that didn’t make the album the first time around. How many of those songs came within touching distance of making the album when you first made it?

EE: I can’t even remember, to be honest. Those aren’t even all the songs [we recorded for it]; there were a few that didn’t even make it on this reissue that were in consideration. Those songs were all chosen for the reissue by Sub Pop, with my blessing… I think more than anything it was just that those 10 were the favourites. I don’t even remember which ones were maybe going to be on the record.

NT: You’re currently on tour commemorating the album. What do fans say to you after shows with regards to how much the album has positively impacted them?

EE: A lot of times, [they say] that record was their introduction to the band. That’s a lot of what we hear, like “I got into you guys because of this record.”

NT: While talking about the album closer “Lady on the Water”, Robin Pecknold of Fleet Foxes described it as the “Large Hadron Collider” of good folk songs, saying a good folk song is “like a machine” with “all elements perfectly calibrated,” and that a proper folk song “needs to be instructive and entertaining, in the sense that the melody has its own captivating logic.” Do you agree with that particular take on folk songs in general, and why or why not?

EE: That’s a pretty heavy way of putting it, but yeah, he’s probably right. I don’t think I ever really thought about it that deeply. I think writing folk songs has a lot to do with the kind of music you grew up listening to, and its influence on the language that you use when you’re writing songs – the music, the language, and the actual words. I grew up listening to a lot of it because of my dad, who played. I think it was inevitable that I would write those kinds of songs – and probably the same thing with Robin, from what I remember talking to him about songwriting and folk music back in the day.

NT: What kind of folk music would your dad play for you?

EE: He got into it with [Bob] Dylan, and then moved back from there into Woody Guthrie and all the influences that created Bob Dylan. From there, [he’d go] into the older kind of folk music – mountain music, Irish music, all the murder ballads.

NT: You’re in Saskatoon right now, and your tour right now is a pretty extensive one, and covers a lot of Canada, including other markets like Hamilton, Victoria, Nelson BC, and my hometown of Calgary. What is it about Canada that stands out to you as a country to tour within, and particularly with regards to smaller markets?

EE: People are really nice here – really friendly, regardless of how small the town is. In the States, when you’re in smaller towns, a lot of times people are not as friendly. They’re more suspicious of who you are and what your whole deal is. Here, everybody’s pretty cool. There isn’t the same kind of redneck gun culture. I mean, it’s here, but it’s different. It’s not as aggressive, I guess.

NT: What’s the most memorable experience you’ve had of playing a smaller market in Canada?

EE: I remember the first time I played Saskatoon, it was a blast. We were here with Stephen Malkmus and the Jicks. We were on tour with Stephen and those guys and we played Saskatoon at Amigos – not our first time [at this venue.] It was super fun – huge crowd, it was just crazy. It was funny because I was like, “Wait, this is a Mexican restaurant, but it’s a really rad venue too!” *laughs*

NT: You guys have released five albums since Furr, including 2017’s Wild and Reckless (which you produced as a play in Portland) and one from 2013 where you dabbled in what you call “hillbilly gangster” (VII). Where do you see yourselves going from here, both musically and in terms of any other projects tied to the band you may pursue?

EE: I really don’t know; I don’t really have plans to make any records any time soon. We’re just doing this tour right now. I haven’t really given much thought to what happens after, to be honest.

NT: You say in an interview with BeatRoute that back when you released Furr, “there was still more of an appetite for records, and the hunger to take some left turns here and there.” Do you see that appetite returning anytime in the not-too-distant future, especially in an age where streaming services dominate music consumption and music is so oversaturated in many ways now compared to 2008? Why or why not?

EE: Probably not. I mean, as far as experimentation, that’s pretty subjective. Pretty much every kind of music that’s ever existed is being made and consumed by all kinds of people. It’s a completely different landscape for music now. People still make records because it’s an easy format to make and put out. But people don’t care about records – they just care about playlists. It’s more about songs than records now, which is a bit like back when the Beatles started; it was just about singles. Things will change, but nothing ever actually really changes. *laughs* That’s the story of the human race.

EE: I’d say that it contains the seeds of all the different music that Blitzen Trapper ever made; it’s all kind of contained in that record. There’s the storytelling. there’s the hard rock stuff, there’s the really mellow stuff, there’s the bizarre experimentation going on. In certain ways, it ended up being the template for everything that came later. But really, it’s the most popular record of ours, so it seems like it’s the template. *laughs*