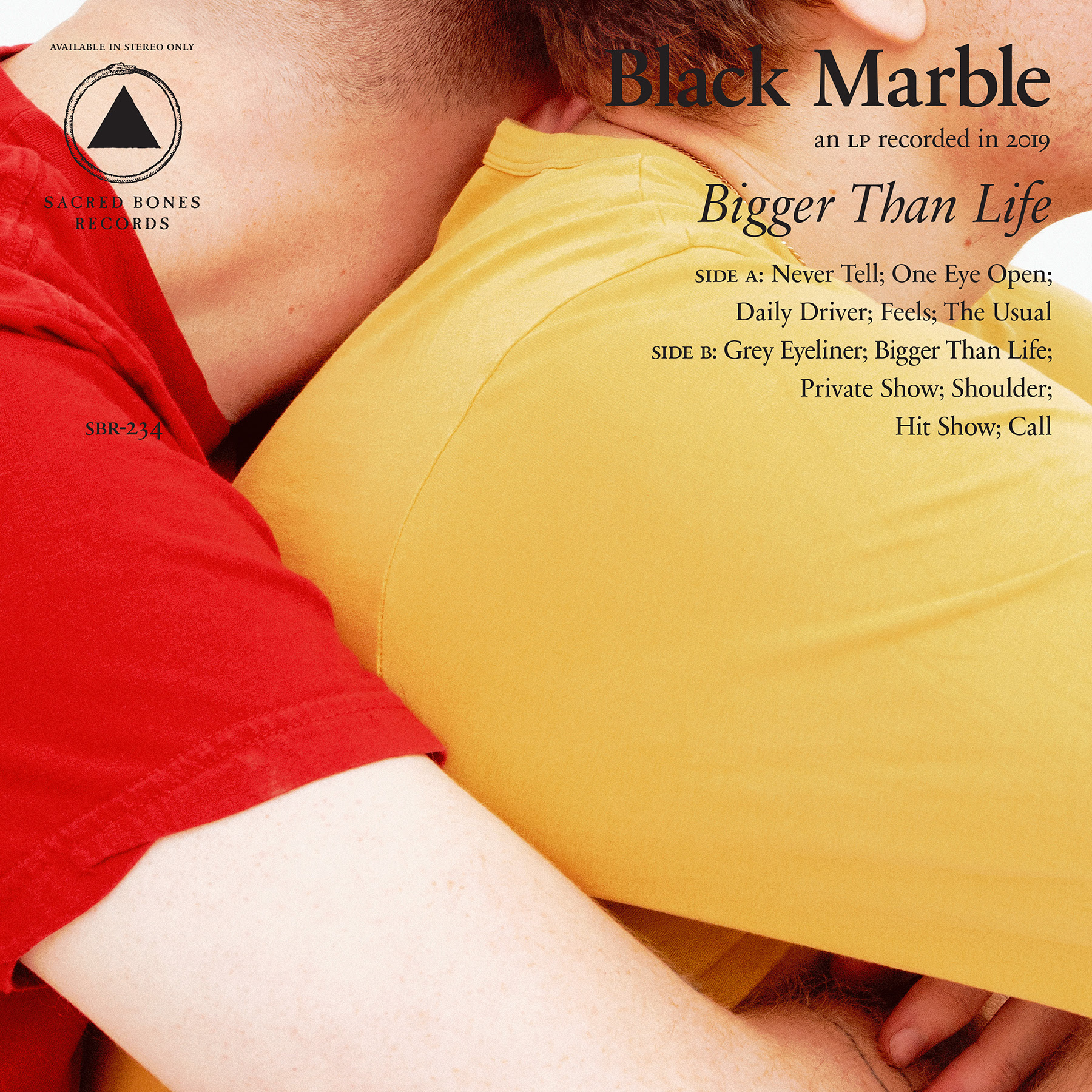 Black Marble has announced his new LP Bigger Than Life will be released via Sacred Bones (his debut for the label) on October 25th. With the announcement, Black Marble AKA: Chris Stewart has shared a video for album track “One Eye Open,” the song, is the first single off the album. The song “is about the idea of an artist as sort of sacrificial lamb,” says Stewart, adding: “We seem to like when our public figures take a fall, which sort of makes sense considering societies long standing desire to publicly flay the fortunate as catharsis, but I’ve always found it ironic that artists/musicians seem to fall into this category as well considering the disparity in income between say, a famous actor and a middling indie musician. Either way, ‘One Eye Open’ is loosely based on the visual metaphor of a high wire artist in a three ring circus who elicits ooh and aahs from the crowd, but after awhile starts to perform with one eye open as they grow restless.”

With regard to the video for “One Eye Open,” Stewart goes on to say: “I’ve been living in LA for two and a half years now, and I wanted to make a video that used the city as a character as a way to sort of show what I’ve been seeing. I love cities so I always gravitate towards taking press photos on the street and things like that because I always want to ground myself in the city that I live in. Halle, who was on the cover of the last Black Marble record, lives out here. We thought since this was going to be the first song off the new record that it would be cool to re-introduce her using a Lime scooter to move her through the city. I love those scooters also. People make fun of them but I think they are awesome and wanted to celebrate that through a character that seems a bit isolated but finds a kind of freedom on them and doesn’t really care what other people think.”

“The album comes out of seeing and experiencing a lot of turmoil but wanting to create something positive out of it,” Stewart explains. “I wanted to take a less selfish approach on this record. Maybe I’m just getting older, but that approach starts to feel a little self-indulgent. Like, ‘Oh, look at me I’m so complicated, I get that life isn’t fair,’ It’s like, yeah, so does everyone. So with this record, it’s less about how I see things and more about the way things just are. Seeing myself as a part of a lineage of people trying to do a little something instead of trying to create a platform for myself individually.”

As with every Black Marble album, Stewart recorded, produced, and played everything you hear on Bigger Than Life using entirely analog gear, though the process was new. This time around, he wrote everything on his MPC and sequenced it live to his synths — only using the computer to record, not to create. “I try new approaches every time, which helps me stay engaged but also its kind of a trick I play on the creative side of my brain,” Stewart says. “Keeping one side of my mind busy on organizational creativity I think frees up the other side where the inspirational creativity comes from.