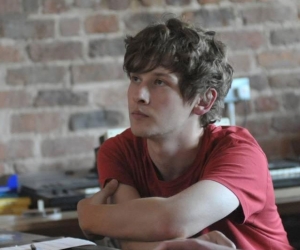 Bill Ryder-Jones has co-written a video for Wild Swans, the second track to be released from his recent album, A Bad Wind Blows In My Heart. On an album full of gems, Wild Swans is for many the standout track, with a haunting chorus that can burrow into your mind and hang around for days. The single will be released on August 26th.

The video was filmed by rising star Alex Southam who also previously shot for the album’s first single ‘He Took You In His Arms’ as well as videos for Alt-J, Laura Mvula & Lianne La Havas.

The album was recorded in Ryder-Jones’ old bedroom in the upstairs of his mother’s house in Liverpool. Two friends from local band By The Sea made up the backing band for the recordings, which were then produced and mixed together with James Ford.