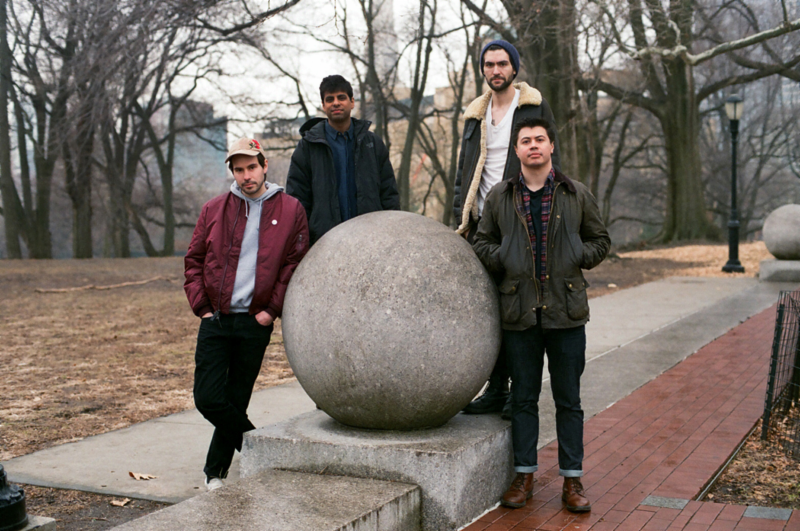 Big Ups have announced their new album, Two Parts Together, along with the announcement, the band is sharing the lead single “PPP.”

Singer Joe Galarraga on the track:

“PPP is about the power of mystery, with the subject of the song being a crystal. It plays with the idea that psychics will see the future in a crystal ball. But what if the crystal breaks and refracts the vision, like a prism? Or magnifies it? A lot of the songs on Two Parts Together focus on unknowability, and this song flips the script on a psychic reading.”

On May 18th, 2018, Brooklyn’s Big Ups return with their third full-length via Exploding in Sound Records. After forming eight years ago, the band comprised of Brendan Finn (drums), Joe Galarraga (vocals), Amar Lal (guitar), and Carlos Salguero Jr. (bass) continue to tackle dualities in the aptly named Two Parts Together. If 2014’s Eighteen Hours of Static was a brash screed about faith versus science, and 2016’s Before A Million Universes an introspective look at the individual against society, then Two Parts Together lies in the liminal, attempting to make sense of unknowable and basking in uncertainty.

The album’s title track finds vocalist Galarraga searching for meaning in ritual through the examples of a wedding and a funeral. “I just wanted to feel/just how it would be,” he states, hoping for some sort of self-discovery through these human institutions. This emotional inquisition is echoed throughout the album, often in opposition to the omnipresent “lake” mentioned in several songs. What rests below its surface, or bubbles up from the bottom? Throughout Two Parts Together, Big Ups wrestles with the power of mystery both tangibly and metaphysically.