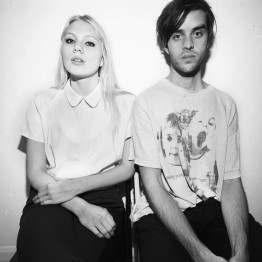 After last year’s thunderous introduction, ‘Teradactol’, new single ‘in your car’ further showcases the dramatic expansion of sound since their critically acclaimed debut album Lights Out (2011).

‘In your car’ was born when Costelloe hummed the melody while the band cruised down the California coastline and sure enough, its carefree sunshine pop perfectly evokes endless summer. “That fun, road trip kind of a song doesn’t happen a lot with English rock bands because it’s just not in the culture,” explains Underwood.