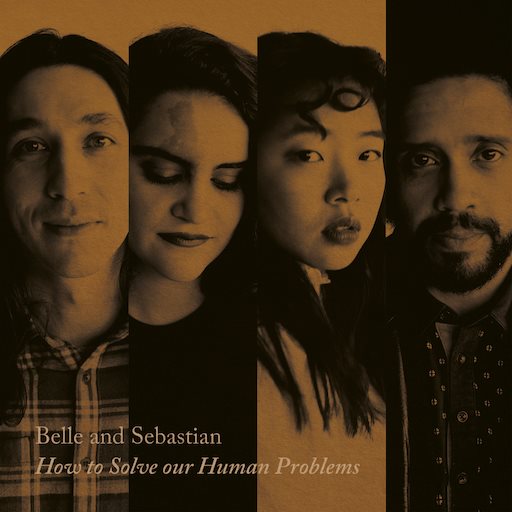 How To Solve Our Human Problems - Part 1

As part of their new EP-driven releases, Belle & Sebastian have offered us a new record in pieces. While this means music faster for fans, each song needs to be up to snuff. In their first of three releases, we get multiple vocal flavours from the band’s many vocalists and enough different moods to make the release feel shockingly varied while still cohesive. The band does however stretch their songs out here, resulting in some exhausting listens, and songs that would be great instead of good had they edited them down.

Glistening guitars and lovely vibraphones set the mood as the record cuts open on “Sweet Dew Lee,” before hitting its heavenly dance grooves. With a euphoric kick, the song powers forward, quickly throwing itself into a dreamy electronic breakdown. While its first half starts to grow dry, the track quickly amps up the effects and spreads out the writing as it goes forward. The variety definitely keeps the song interesting but it may be a bit long for some.

“We Were Beautiful” cuts deep with its harsh bass line on a vicious drum beat that feels more aligned with 90s electronic music than indie. Stuart Murdoch’s vocals cut through however and manage to make it all seamless, as shimmering licks add clever harmonies to his vocals. The chorus pumps in with an uplifting spirit that makes the entire beat click, and makes the track not only fast but dance-driven. They even pepper in Latin-flavoured horn riffs and a warped bridge section full of worrying strings to keep you guessing around each corner. A constant rush of life, especially as the guitars distort through the final chorus, the song constantly builds energy for something palpably exciting.

The band slows down to a steady crooning glide on “Fickle Season” as Sarah Martin leads over her own subtle string arrangements and synths. The mix of simple guitar hooks makes all the difference here, as the light distortion gives it a lush and creamy quality that constantly makes the song feel tender but intriguing. Little percussive touches along with Murdoch’s distant background vocals add a depth and constant pop mystery to the track that show the band is still hunting for pop perfection, as they elevate each track to a fully fleshed-out emotional piece. Carrying the song out on a little flute solo, it has a storybook quality and clever magic that never feels dull despite its consistent dynamics.

“The Girl Doesn’t Get It” throws bouncy bass riffs into their dense electronic mix, making for melodies that seem to have something sinister behind them. As Murdoch and Martin play against each other’s vocals, there’s a wonderful sort of emotional tension to the song that makes each key change more entrancing. While the song does feel instrumentally repetitive, especially for its length, the impassioned delivery between the vocals does a lot to keep it going. They also manage to offer a lot texturally and emotionally through the instrumental bridges from the two guitars that is way more interesting than half the song’s verses.

Closing with a commentary-driven anthem on “Everything Is Now” they somehow manage to merge their futuristic tones with a retro flavour to match the past and future energy of the lyrics. While it takes a hefty break before a satisfying flute and guitar bridge, the song really hits its emotional peak on these moments, which would be even better if they could edit the song down a tad. Admittedly, they manage to make a wondrous beast out of what is mostly an extended instrumental bridge, but they do kill quite a lot of their energy with the stagnant organ bridge, resulting in a bit of a disconnect in the song. 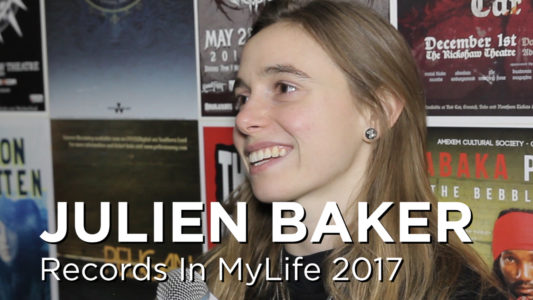 Julien Baker guests on ‘Records In My Life’ 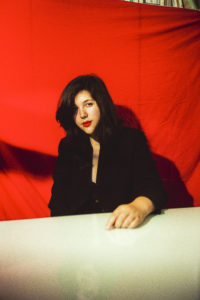