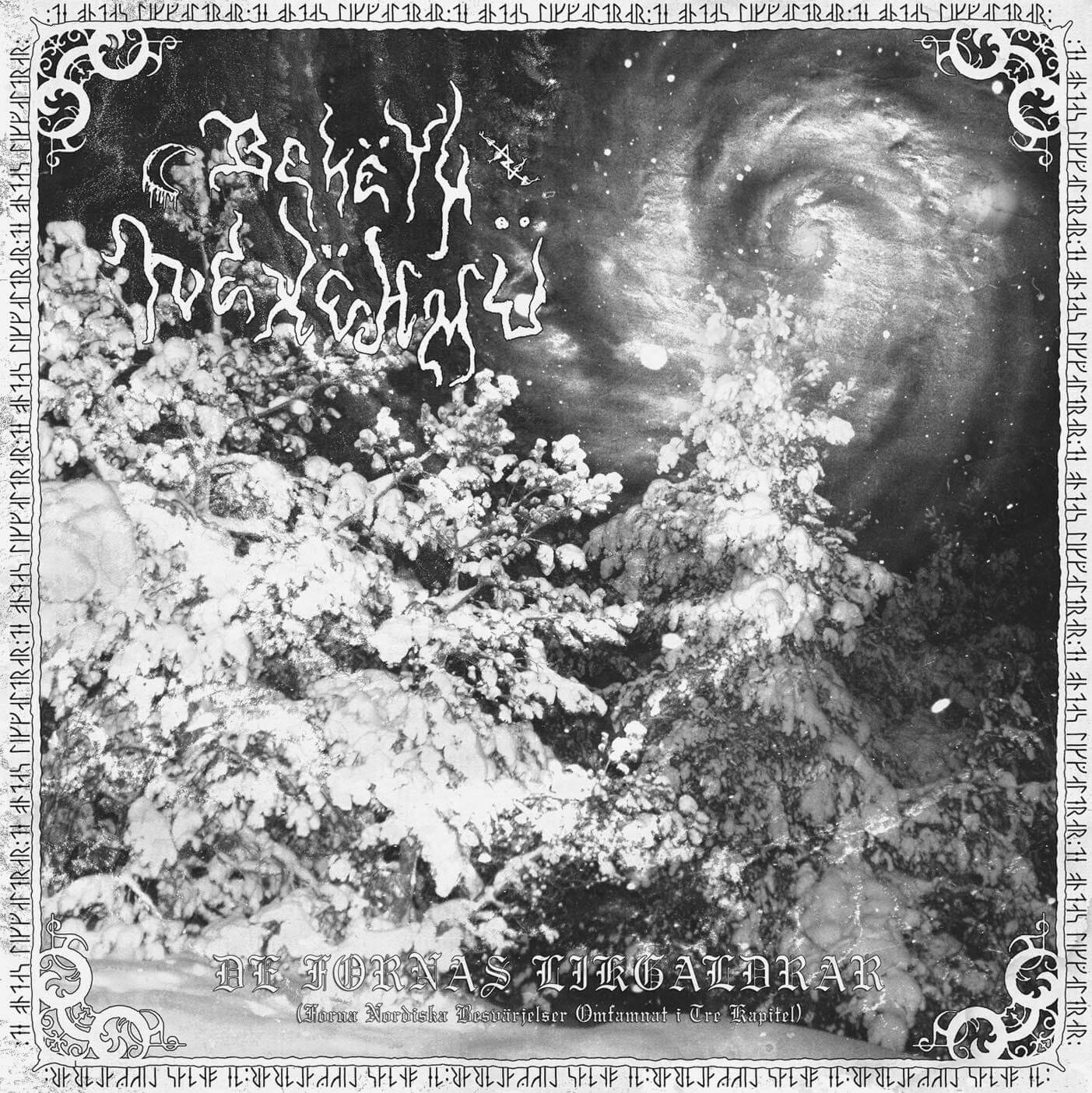 Bekëth Nexëhmü is helmed by Swartadauþuz. Along with composing the material, he performs all the instruments and vocals on their recordings. Bekëth Nexëhmü’s towering body of work includes two previous albums and eight demos. The demos have been instrumental in building upon the legacy and remain strong statements alongside the main releases. To prove this point, De Fornas Likgaldrar draws its material from the 2014 demos, De Forna Sederna and De Forna Sederna (Del II) as well as 2016s De Glömdas Ursjälar. The combination of these tracks works very well, and the production, while still raw, is slightly beefier than the demo versions. It balances tranquillity and trance-inducing tremolo-picked guitars over its two-hour runtime. The tempos vary between slow and grand, and hazy blasts, though it all sounds as if you’re standing in the centre of a blizzard, not unlike Paysage D’Hiver’s excellent release from last year, Im Wald. In combination with the long track lengths, you can truly get lost in its dark atmosphere. Sjalslig Urvilja is the shortest track here and works well as the album opener. The majority of its nine minutes blasting away with melodies that bring to mind Burzum’s Hvis Lyset Tar Oss. The song Det Forgangna Dunklet features motifs that also bring to mind this album and includes a medieval melody just after its ten-minute mark. The keys and guitars work to draw everything out to the maximum regardless of tempo. The vocals are suitably low in the mix, a whisper-like rasp in the icy winds blending nicely with the music, adding another texture. De Fornas Likgaldrar finishes on Vinterlandskapets Klangor del.II, with what sounds like melting stalactites in a reverb-drenched cave.

De Fornas Likgaldrar is all about building a mood. Even at its most aggressive, it can still be oddly soothing. If you are a fan of the bands mentioned here or melancholic soundscapes in general, this is a black metal album for you.