Alexa Dirks AKA: Begonia is sharing a new video for the title track from her Polaris Music Prize long-listed album, Fear, available via Rex Baby Records. The clip, Director Ryan Steel, who also directed “Hanging On A Line”, says, “Alexa and I met to discuss the song and she brought up the idea that she would be in a dark theatre with spotlights turning on. I spent a week watching Twin Peaks and in between each episode I would listen to the song around ten times when the rest came to me.”

“I didn’t want to make a video that was just like things popping out and me and me being afraid of the things exactly as I had listed them in the song. I wanted something that was more mysterious, open ended, and a bit uncomfortable so as to match the energy of how I was feeling when I wrote it.”

As Begonia, Alexa Dirks is bold, brazen with her florid, surprising pop that is tempered with sensitivity and wisdom. On the LP, Begonia leans hard into a sense of arrival. She wrote and co-produced the record with a familiar team of Matt Schellenberg (Royal Canoe) and Matt Peters (Royal Canoe) along with Marcus Paquin (The National, Arcade Fire, Local Natives). 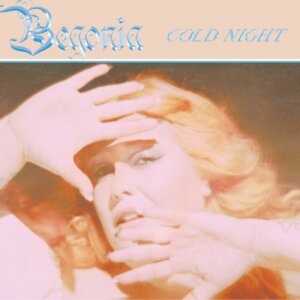 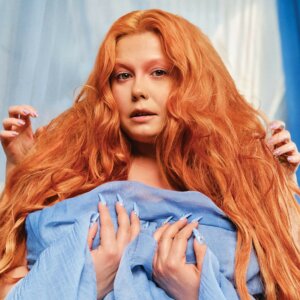 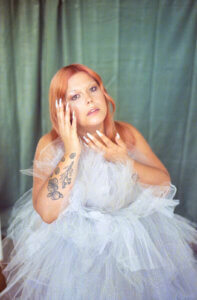