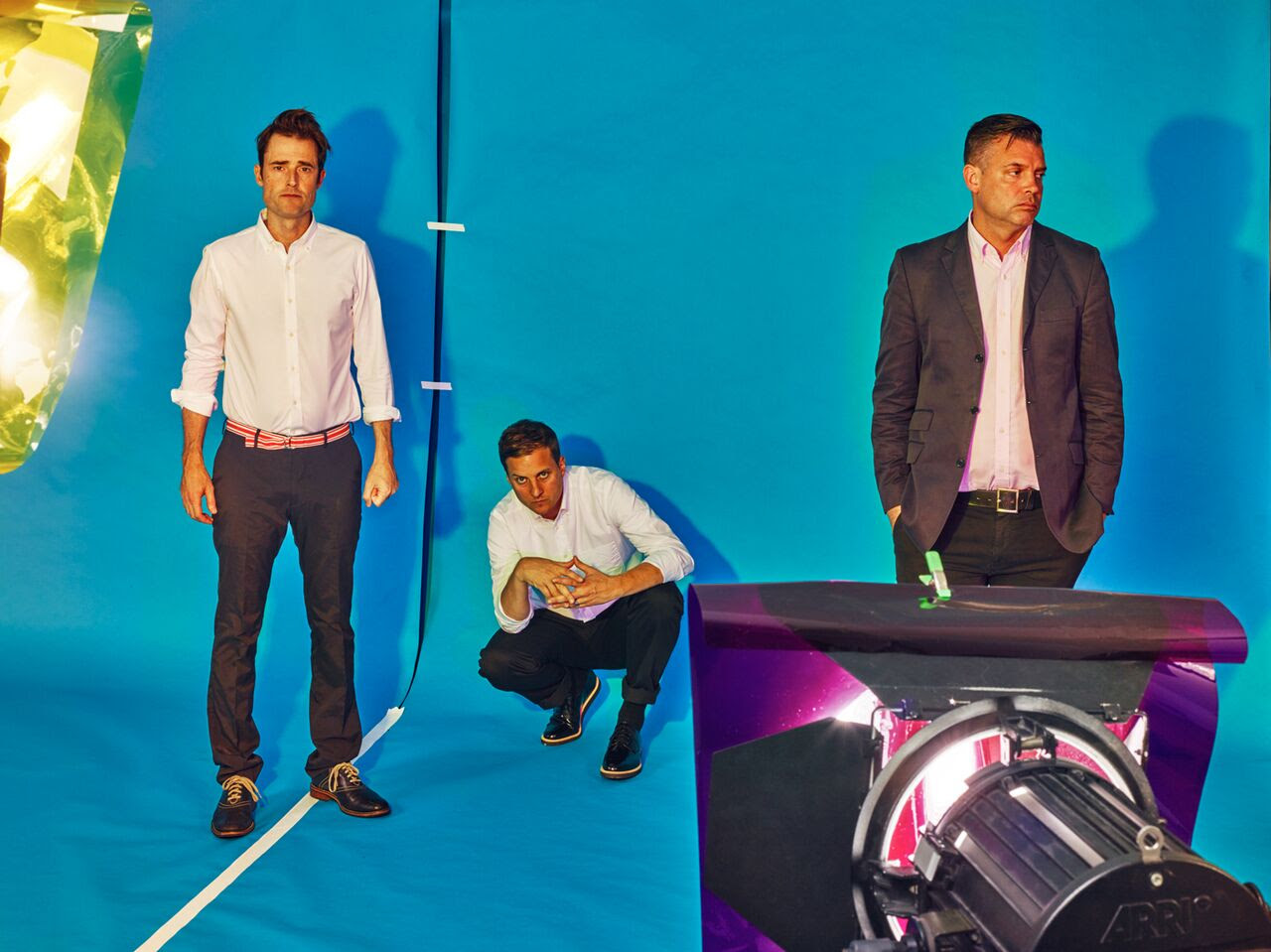 “Ben Jones and I went Massachusetts College of Art together in the 90s and I’ve been a huge fan of his work as both a solo artist and a member of Paper Rad ever since.

When Channel Four approached us about a collaboration with a visual artist, Ben Jones immediately came to mind because I have always thought that there would be a great synthesis of Ben’s experimental animation and Battles’ technicolor sounds–a joining of two forms that I have been wanting to make happen for years.
As luck would have it, when I reached out to Ben to see if he would be interested in collaborating, he had just finished installing a new solo show of some outstanding new work, which is featured throughout the Dot Net video. Through his incorporation of a live-action gallery scene intercut with his authentically one-of-a-kind animation, Ben made a video for Dot Net that is one of my favorite Battles video collaborations and absolute joy to watch over and over again.”

Director Ben Jones discusses an idealized vision of the interaction between man and technology:
“The exploration of the digital territory between abstract graphic user interfaces, polyrhythms and human interaction was a paramount inspiration of this video. Prodding and proving the causality of passive engagement vs hyper-addiction concerning the influence of “screen time” (using the video and audio of an iPad or iPhone or etc….). In the end we kept returning to this jump off: “is this a dope music vid to have on your apple watch? Yes or No?.”

Channel 4 has commissioned a series of videos from Warp as part of their revamped Random Acts strand; the Channel’s short form strand dedicated to the arts, designed to offer a platform where artists and filmmakers are encouraged to provoke thought and debate.

These films will be shown in a specially curated half hour program which will be broadcast on the channel later in the new year. Keep your eyes peeled for collaborations with Darkstar, Oneohtrix Point Never and Hudson Mohawke.

Ben Jones is a Los Angeles based artist and director, creator of television shows for Adult Swim, Cartoon Network and Fox’s ADHD. Jones is represented by Ace Gallery.