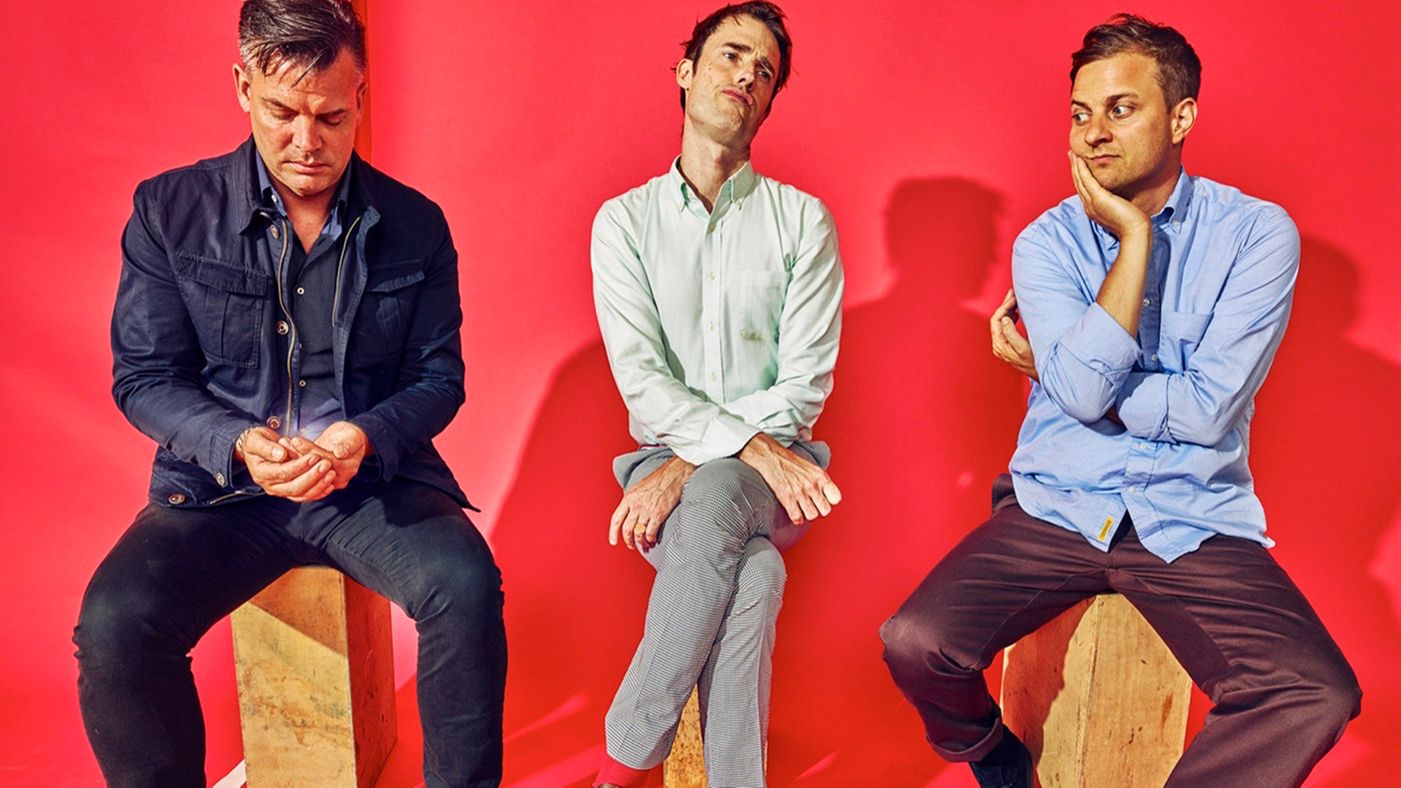 Made while forging an incendiary live reputation in New York City, Battles’ debut Warp release was a double CD compilation of the band’s US-only. Featuring the music from EP C (originally released on Monitor Records), B EP (Dim Mak), and the Tras single (Cold Sweat Records) it formed the global introduction to the band’s work.

This Warp edition featured new artwork by Battles guitarist Dave Konopka and comes to Double 12” for the very first time in 2016.

Battles’ first LP proper was dropped amid a golden phase of New York creativity, with other landmark recordings from the likes of LCD Soundsystem, Grizzly Bear, Dirty Projectors, Animal Collective, !!!, Liars and more also emerging from the city in 2007. Mirrored was preceded by the lead single “Atlas” a twisted schäffel jam that.

“Atlas” was further immortalised with a video directed by Tim Saccenti that features the band performing within a rotating mirrored cube deep in space and that bright yellow drumkit – a feature of the band’s burgeoning live reputation. The Atlas video has been newly remastered in HD by Saccenti to celebrate the reissues and can be watched now.

Following the album’s release, British collective United Visual Artists transformed a quarry in deepest Wales into an intricate tech-art studio for the video for “Tonto”. Featuring a programmed and responsive LED light rig, the piece was far ahead of its time, predating the now ubiquitous digital art happenings and gargantuan EDM festival rigs.

Battles’ sophomore album teems with glorious melody and mischievousness. Despite Konopka’s assertion that the artwork was inspired by the “mess” of the album’s creation, none of that affects the unerring sense of fun in the music and the intriguing list of vocalists.

Once again there were creative videos. “Ice Cream (ft Matias Aguayo)” saw the band’s first film collaboration with Barcelona’s CANADA (who would go on to also direct “The Yabba” in 2015). “My Machines (ft Gary Numan)” featured an unforgettable endless tumble down a mall escalator by Daniels. Not to be outdone were the instrumentals. The loose funk of “Futura” is a fixture of live shows to this day and in “Africastle” and “Wall Street”.

BATTLES LIVE:
Battles travel the world in 2016. Expect to hear music from La Di Da Di and tracks from the release catalogue. In addition the band are announcing a special date at New York’s Music Hall of Williamsburg in May. Support at London’s Electric Brixton is confirmed as Vessels and Kaitlyn Aurelia Smith.