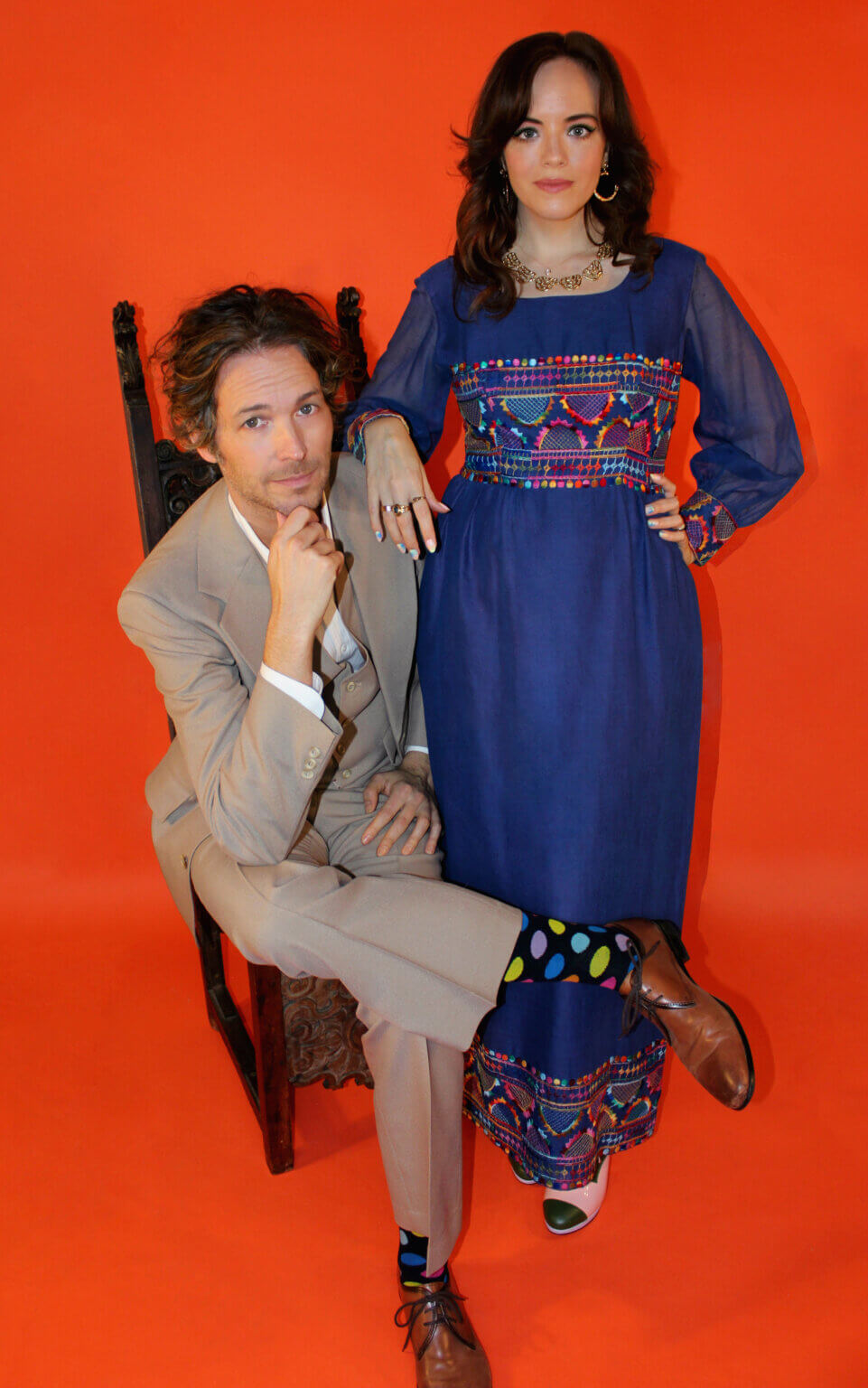 Bass Race is comprised of Steve Merkens (Moldy Peaches) and Laura Benack. The duo's new album Tender Vittles, drops on March 19, 2021
Share on TwitterShare on PinterestShare on PocketShare on RedditShare on FacebookShare on Email

Bass Race is comprised of Steve Mertens (Moldy Peaches) and Laura Benack. The duo’s new album Tender Vittles, drops on March 19, 2021. Bass Race are influenced by 70s rock and soul, the Carpenters, Yacht rock, breakbeat, soft jazz, synth/Swedish pop. The band not only make great music, they should win an award for their amazing Instagram account, created by band, their visuals described by fans as “magical” and “super amazing mega fantabulous.” Mertens  has directed numerous video’s including classics by Regina Spector, Lil Peep.

After meeting in New York in 2010, Mertens and Benack started dating and immediately dove into a musical partnership. With the help of friends and Benack’s brother on trumpet, they made music videos including one for their trippy, eerily playful song called “Clowns Everywhere.” Determined to use every ounce of their collective talent, they
began combining their music with Mertens’ visual art in 2019.

1. Steven has played bass on 50+ US and global tours for acts including The Moldy
Peaches, Adam Green, Dev Hynes, Here We Go Magic
2. Bass Race's main influence is 70s rock and soul music. Bands that have inspired
them include ABBA, The Carpenters, Ace of Bass, Hall & Oates, Ween, and Foreigner
3. "House of Spirits" was featured on the soundtrack of the horror short "Dylan" starring
Rob Belushi and Aimee Carrero
4. Bass Race lives in Echo Park, Los Angeles and produced and mixed "Tender Vittles"
at Palomino Sound in Boyle Heights.
5. Background on album name: “Tender Vittles'' is a defunct brand of semi-moist cat
food that was big in the 70s/80s. “Vittles” is a slang term for “victuals” meaning food. The
term is associated with the rural South, cowboys, pioneers,and mountain men. Not only

does “Tender Vittles” roll off the tongue nicely, the band thought it was an appropriate
metaphor for their songs which are heartfelt and sincere.