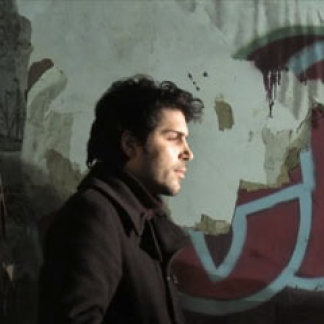 Toronto based artist Barzin and Monotreme Records have announced the upcoming release of his fourth album, To Live Alone In That Long Summer, out February 25th, 2014 on 180 gm white or black vinyl as well as CD and digital formats. Today they premiered the first single from the album, “All The While”.

In the not insignificant stretch of time since his last release, Barzin has pursued projects outside his own songwriting, including assisting in producing his compatriots Memoryhouse‘s recent album, The Slideshow Effect (Subpop Records). He has also written a book of poems entitled, “Something I Have Not Done Is Following Me.”

When he began work on To Live Alone In That Long Summer 3 years ago, Barzin originally envisioned a stripped down affair, but has since traveled in a different direction.

The new album features some of Toronto’s finest musicians. Sandro Perri lends a hand as a producer. Tony Dekker (Great Lake Swimmers), Tamara Lindeman (Weather Station), and Daniela Gesendheit (Snowblink) appear on backing vocals on several tracks. Karen Graves (Hayden) provides a lovely, understated string arrangement The time taken, and the help received from a cast of stellar musicians, has resulted in his strongest record to date. “I feel I’ve been trying to make this album since I first started making records,” says Barzin.