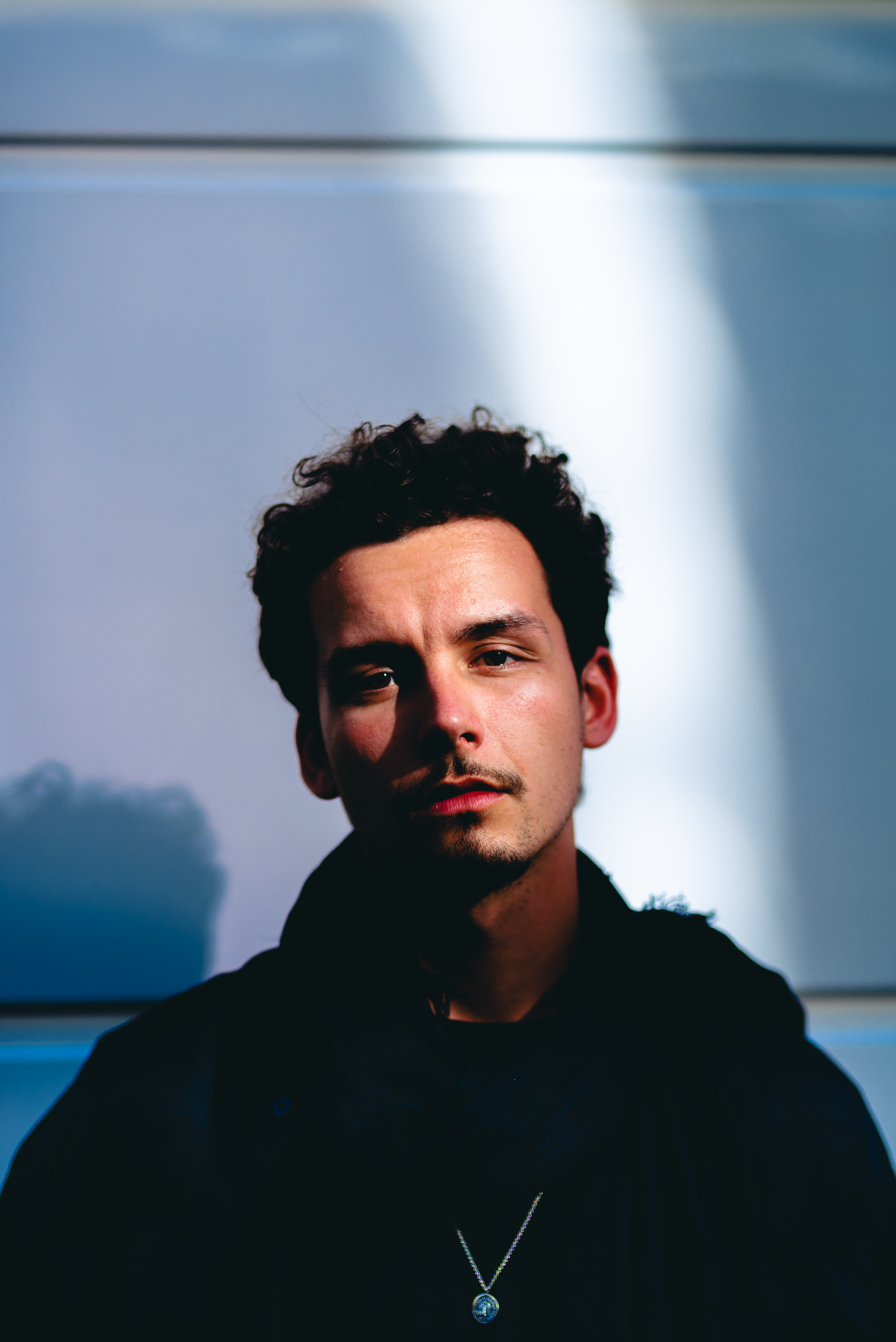 You never know just how far uploading your music to SoundCloud can take you. For Isaiah Steinberg, better known as Bad Child, it’s elevated him to becoming one of Canada’s most buzzed-about young artists. Following the passing of his mother as a teenager, the 22-year-old Kitchener native uploaded his song “Bad Child” (eventually becoming his stage name) to the platform, gaining traction and major label interest soon thereafter. Since then, he’s established himself on the festival circuit domestically and internationally, signed with Universal Music in Canada (as well as Capitol Records in the States), and has just recently released his debut EP, Sign Up, to whet fans’ appetites before the forthcoming 2020 release of his debut full-length, Free Trial. Here’s our extensive conversation we had with him earlier this month at the Osheaga Music and Arts Festival in Montreal.

Northern Transmissions: You just played earlier today at Osheaga. How’s the experience been for you here so far?

Bad Child: Absolutely incredible. It’s a really receptive audience. We opened up the Honda Stage there, and it was fucking incredible, to be honest.

NT: How many times have you been to Montreal before this, to play or visit?

BC: I just did Festival d’été [de Québec, in Quebec City] a couple months ago. But the last time I was at Osheaga, I actually got this tattoo (shows me tattoo on his arm), but I wasn’t performing. It was three years ago, before I was actually touring and doing many shows. This is all rather new to me. It’s very exciting.

NT: You’ve said that you never planned on being a musician. You initially had been pursuing photojournalism before deciding to do music, and then you uploaded music to SoundCloud following the passing of your mother. After you did that, at what point did it hit you that “Oh shit, this music thing might actually work out”?

BC: A couple of weeks after I put the song out, it had upwards of 100,000 views. I was working in a fabric store helping older women make quilts. I said, “Oh, I’ve always done music on the side, as a hobby.” I put a song out, and it got a response. There was this great urge inside of me to say — because I’d had all my forms filed to go to university at Ryerson — and I said, “I’m 18 years old, what the hell else am I going to do? I should try to make it in music.” So I jumped ship, and here we are now!

NT: You were born and raised in Kitchener, and you grew up with a variety of musical styles, like French, Arabic, Latin, rock music. How much do you think those styles seep themselves into your own music?

BC: It’s so funny, because when you’re surrounded by that stuff, it’s so subconscious. I was lucky enough that my family was very culturally diverse. My grandmother was born in Algeria. She grew up there on a little farm. My mother was born in Paris. My dad’s Canadian, but his dad is from Detroit. The further you spread out my family tree… what I like to say is it’s almost like everybody who’s ever been at war with each other has gotten married. It’s absolutely bizarre just to look at it.

NT: How do you think growing up in a smaller city like Kitchener shape you as a musician and as a person?

BC: When I was young, I moved a lot. I grew up in a few different towns outside of Kitchener. I grew up in Palmerston, I lived in Waterloo for a while. It was funny, because there’s a small-town mentality — no one thinks they’re going to do anything. I was always so interested in what was out there, hence [my pursuit of] photojournalism. I thought it was admirable for these people to bear witness and explore the world, and tell people stories. I was so dead set on going and telling stories, that when it changed and became music, it felt natural. A lot of my high school friends, they didn’t really understand it. “You make music, that’s kind of weird! You’re all up in your emotions all the time.” I was super emotional all throughout high school, because I was struggling when my mom died. I was suicidal, I fell into drugs. I fell into a dark pit. But I was so passionate about making music, or telling people stories, that it felt natural in a way. It really pulled me out.

NT: Yeah for sure, and you moved to Toronto and lived in a recording space at one point, did you not?

BC: Yeah. That was a funny time in my life, because I was 18 going on 19. I said, “All my friends are going to university. I’m going to live in a box for a year, and write as much music as I possibly fucking can.” What came out of it was really special. It was a really personal project. That space was special because there was nobody else living with me. I could make music all day. Every day I would wake up, and I would say, “I’m going to get a coffee.” I had no money, either. I wasn’t working a job. My job at that time was, “I’m going to make music for a year.” I had $20 a week to live on. I worked my ass off. I was like, “This is all I’m going to do”. I lost 60 pounds. In hindsight, I was kind of crazy to do that. But I wouldn’t question it for a second. I would do it all again if I had to.

NT: You play all the instruments on your song “Bad Child”, which includes a Korg Poly-800 II that you bought for five bucks at a garage sale. Do you still use that Korg machine? What do you like most about playing all your instruments on records even if it might make it a more time-consuming process?

BC: I came from a production mindset. In Kitchener, I would produce a lot of music for rap artists before I started for myself. I was just like, “I love making music, it’s so fun.” I had a bootlegged copy of FruityLoops (FL Studio) when I was nine years old. I worked, worked, worked, worked, worked; got to high school, met these guys who were like, “I want to be a rapper.” [I said,] “Cool, I can make you a beat.” I would explore and experiment. It felt remarkably natural. When it comes to producing and playing for my own work, I consider it a labour of love… I can be a stick for a synth, or a specific sound. I’ll hear something — maybe a door will close a certain way and it’ll squeak, and it’ll play a quick melody. In my head, I’ll go, “What could that be?” I’ll wait for somebody to open the door. I’ll open it myself and I’ll record it, and then I’ll bring it into the DAW (digital audio workstation) and make a track out of it.

NT: You also played Glastonbury back in June. What were your biggest takeaways from that experience?

BC: Glastonbury was crazy. It’s a city, and I mean that in the funniest way. You have 200,000-300,000 people crammed in tents, and so many stages. It was such an overwhelming experience. It was very exciting. We had a good number of fans out there, too. It was very funny to be across the world and say we’re getting any sort of response over there. We had four songs out, it was all very new. It’s like, “This is very exciting!”

NT: You’ve also been booked at festivals like Lollapalooza, Reading and Leeds, as well as the Calgary Stampede, FEQ and Ottawa Bluesfest. What’s been your most memorable festival experience to date?

BC: It’s got to be a toss-up between the Stampede and Lollapalooza. The Stampede was amazing. Our song is top 10 in Calgary right now, “Breathing Fire”. It’s tearing it up there right now. When that song came on, everyone was screaming it back at me. It was the closest thing I’ve had to a religious experience. I was like, “This is fucking insanity!” They were having a great time — a great audience. We played before Mother Mother, and I got to hang out with them. It was a good experience. Lollapalooza was a very special one, as well. We got to meet some cool people. Jaden Smith played with Harry Hudson right before us, and we got to chill with them and talk to him. He stayed for part of our set. It was kind of like, “Well, shit.” He was just a very down to earth fellow. Lollapalooza was cool, man. That was very receptive.

NT: I can only imagine what hanging out with Jaden Smith must be like!

BC: It’s funny, too, because he was standing in front of the door. I was trying to get past him. I didn’t know who the fuck he was, because I didn’t see his face — it was [just] his back. I’m right behind him, he turns around, and I’m like, “That’s crazy!”

NT: You’ve got an album coming up called Free Trial. What can you tell us about that as of now?

BC: I’ll give you a little bit of an insight on the conceptual side. The idea behind Free Trial is how human beings utilize each other in a modern romantic context. I went through a phase where I had Tinder, and I had a stark realization one day that I’m looking at people’s images and coming up with an absolute summation of their existence. You look at the person’s picture, and you pretty much decide, “Would I or would I not?” It’s absolutely bizarre that we’ve reached this point where it’s about commodification. That album talks about that. It decodes and asks questions. I never want to be preachy. It’s just like, “Yo, we’re doing this. This is interesting.” Hence, Free Trial — using people as free trials in business and relationships.

NT: Yeah, it’s very superficial, especially with Tinder and Bumble and apps like that.

BC: Oh yeah, and the whole record’s sort of about that superficiality. Of course, there are very personal moments for me on there, because if the song’s not personal for me, I can’t play it.

NT: Can you give us any details as to when it might come out?

BC: The only thing I can say is it’s done.

NT: You worked with Spike Stent on the record as well, didn’t you? What was the dynamic like working with him and learning from him?

BC: It’s very funny, because he’s produced some of my favourite artists and records. He’s worked with Massive Attack. When we were like, “Spike, we want to work with you,” we sent him the music and he enjoyed it. That was the first step. I wanted to make sure that when I had music that I was happy with — because I wrote hundreds of songs, cut so many of them, and I finally had a package that I was happy with — I said, “Hey, would you ever consider doing this?” He really enjoyed the music. It was a good chance to explore that side. He understood what we wanted to go for sonically, so when we would bounce mixed back and forth, he was like “Well, I don’t know what to change. You hit it on the head.”

Words and interview by Dave MacIntyre 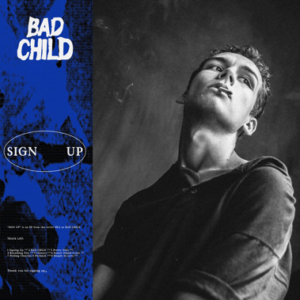