Velvet Starlings, recently announced, their debut album, Technicolour Shakedown, will arrive on August 27 via Sound x 3 Records/AWAL/The Orchard, and on vinyl via Kitten Robot in the US. The band was formed by guitarist and organ player Christian Gisborne. Gisborne not only tracked all of the instruments, but also engineered, mixed and produced the LP. Ahead of the album’s arrival, Velvet Starlings have shared a video for “Back of The Train,” The video for the single was directed by Megan Blanchard. Listen to the track here and watch the clip here:

After winning the “Emerging Stage” competition at Milwaukee’s Summerfest 2019, Velvet Starlings was invited to return to perform on September 17 on a main stage at this year’s festival, which also features the Black Pumas, the Struts, Pixies and Cold War Kids. Technicolour Shakedown is the follow up to 2019’s EP Love Everything, Love Everyone. Christian – who turned 18 in May.Gisborne also caught the attention of, among others, BBC Radio, Shepard Fairey, and The Kinks’ Dave Davies who all count themselves as fans of Velvet Starlings.

Technicolour Shakedown reflects influences that range from early Jack White, to Thee Oh Sees to Arctic Monkeys, the album showcases Velvet Starlings own take on neo-60’s-garage – best described as beach-fuzz-psych with a big cheeky nod to the UK Invasion.

Speaking about the album Gisborne says “in the doom and gloom of Covid I found myself reminiscing all the time about the days when we would wait in line for hours to see our favorite bands. The songs on the first album reflect everything I felt I was missing out on.”

With a bevvy of new songs written and ready to unleash, Gisborne was craving the comradery of a band. He turned to brothers Foster and Hudson Poling who play drums and bass respectively. They first met in line outside of a 2019 Cage The Elephant show and, discovering a shared love of The Who and SpongeBob, quickly found themselves making a plan to meet up at a rehearsal space to jam. Gisborne had previously used session musicians to augment his live set but as his friendship with the Polings grew, so did his realization that they were the perfect fit for this new era of Velvet Starlings.

Looking to 2021 and beyond Christian says, “I think a Rock n Roll renaissance is coming after this crazy year of lock down. We’re hoping that a full front-to-back of Technicolour Shakedown will evoke the feeling you get at a rock n roll house party – wherever the listener may find themself.” 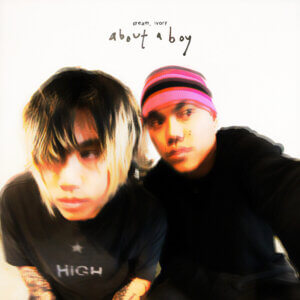 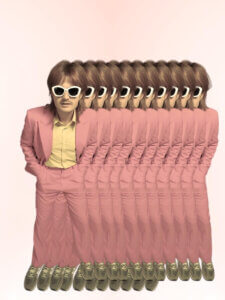 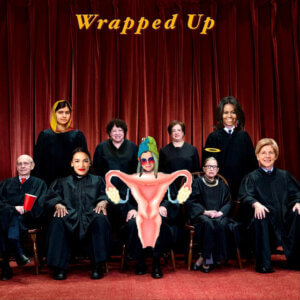 “Wrapped Up” by MuMu