Baby in Vain drop video “To Heaven And Back” 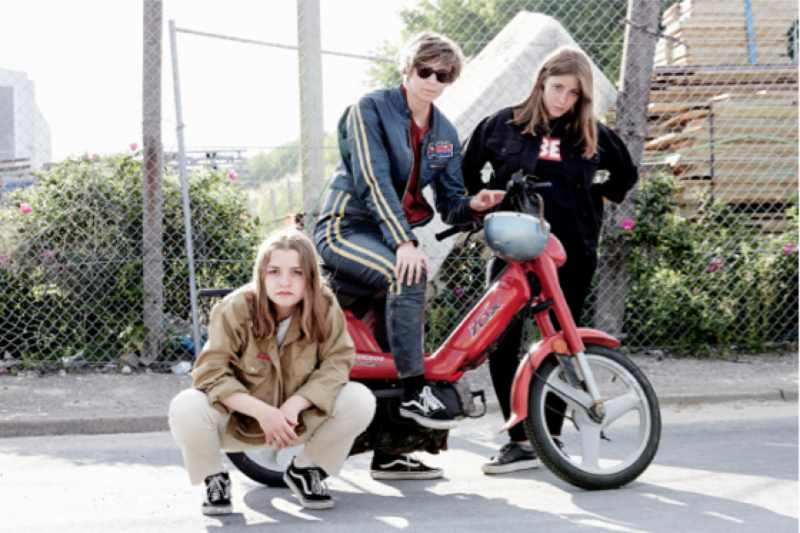 Baby In Vain have have released the video for latest single “To Heaven And Back”. The track is off the Danish band’s debut full length More Nothing out August 25th via Partisan Records.

Inspired by the visuals of Californian bands in the early days of MTV, the video was shot in one complete take, using a ENG DVCAM camera (the same kind used to shoot the news in the ’90s). The video sees the guitarists Lola Hammerich and Andrea Thuesen Johansen skating whilst hitching a ride from drummer Benedicte Pierleoni’s moped. Says the band, “The two coolest things to do in the world are skateboarding and driving a motorcycle. What do you do when you don’t have a motorcycle? You steal a moped.”

Baby In Vain’s debut album More Nothing was recorded in just 11 days in Eve Studios with producer Rob Ellis (PJ Harvey, Scott Walker, Bat For Lashes). The Copenhagen-based trio have been crafting their sound since they were still in high school and have shared stages with luminaries such as The Jesus And Mary Chain and The Kills. Alison Mosshart handpicked the band to join them on both US and UK tours. Despite the minimal set up of just two guitars and drums.

The band have also just announced a series of UK shows including a performance alongside Deap Vally at their Fluffer Pit Party in East London (8/23), two Rough Trade in-stores in London and Nottingham, and sets at both this year’s Reading and Leeds Festivals. All dates below and here.