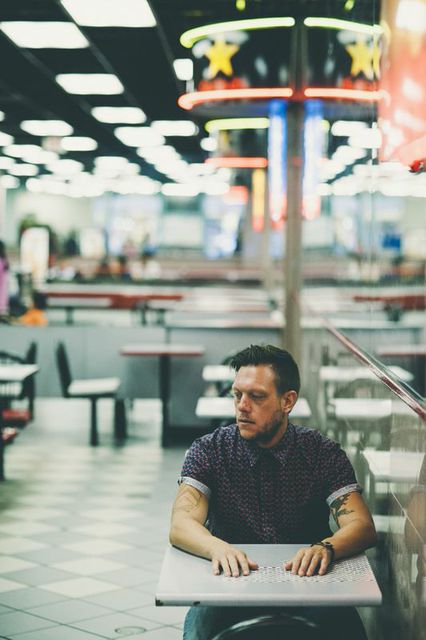 Jacob Dillan Summers has been many things. A sheltered fundamentalist Christian kid. A world champion drumline drummer. A marine. A lovesick transplant to icy Alaska. But in July 2014, he was just a man stabbing a nail into his own palm to draw enough blood to paint with. This is the story behind Avid Dancer – the nom de musique under which Summers is releasing his first full-length album 1st Bath on Grand Jury April 14th.

Today, Avid Dancer, unveiled the first song from the LP, “All Your Words Are Gone” and noted that the track “twinkles delicately but moves forward with a steadfast determination and a tinge of twang.”

Avid Dancer has also just announced that he will be playing with his band every Monday for the month of February as part of month long LA residency at The Echo. All dates are listed below. Avid Dancer will also be playing SXSW in Austin this year as well as part of a spring North American tour.

The songs you’ll hear on 1st Bath contain some of the most kaleidoscopic, distinctly individual – and above all, honest – pop music you’ll hear all year. Summers started Avid Dancer to express himself viscerally – sometimes literally. For 1st Bath’s artwork, he wrote the album’s title in, yes, his own blood over a collage of photos from his early childhood. “This music represents my entire existence up to making this record,” Summers explains. “I wanted to really let people in, so I decided to paint the album title in my own blood. I actually jabbed myself until I got a big enough pool to write with. I mean, what could be more ‘me’?” That philosophy boils down to the intensity suggested in Avid Dancer’s moniker. “I realized the name matches what I’m doing musically,” Summers says. “When we dance, we lose ourselves in it – we put ourselves out there and don’t give a fuck. I’m not a guitar player, not a singer – I’m just putting myself out there with this music.”

In fact, Summers began as a drummer – a champion virtuoso, who won top honors for rudimental snare at United Corps International’s prestigious annual bugle-and-drum corps competition. During the songwriting process, he’d start with rhythms he’d create on percussion. This process ultimately gave his material a righteous rhythmic heft across the board – from the highly danceable “All the Other Girls” and the smoky torch-soul ballad “Stop Playing With My Heart,” to even the pedal-steel Americana of “Why Did I Leave You Behind?”

Raised in a strict Christian household, Summers was forbidden to listen to any secular music until his late teens; as a result, his musical discovery remains ongoing. “Growing up before the Internet, I was cut off,” he notes. “I wasn’t even allowed to watch MTV! I lived in an alternate reality.” I remember sending some songs to a friend and he said, ‘Dude, you remind me of The Kinks.’ I thought they were maybe a new band, but when I listened to them I fell in love with their music. Another time, I got compared to Elliott Smith, and then I got really into him.”

Summers’ entrée into the world of popular music proves a most unlikely origin story. He dropped out of his freshman year studying music education at the University of Tennessee to join the Marines – enlisting, in fact, on September 12, 2001. “It was the day after 9/11, but I’d planned on doing it anyway,” says Summers. He ended up in the elite United States Marine Drum & Bugle Corps, with whom he’d play up to 300 performances a year in addition to regular combat training.

At the end of his time with the Marines, Summers moved to Los Angeles: there he endured a number of awkward stints drumming for bands and studied audio recording. But the pivotal moment came when he found his muse, following the woman so many songs on 1st Bath owe their existence to all the way to Alaska. After a year of heartbreak, he returned to L.A determined to write. Blogs started raving about early Avid Dancer demos, and they also caught the ear of noted producer Raymond Richards (Local Natives, Ferraby Lionheart). Together, Summer and Richards began recording the Avid Dancer songs that would eventually appear on 1st Bath at Richard’s Red Rockets Glare studio in Culver City, California – all except for the version of “I Wanna See You Dance,” which was produced by Dave Trumfio (Wilco, OK Go, Built to Spill,The Mekons). 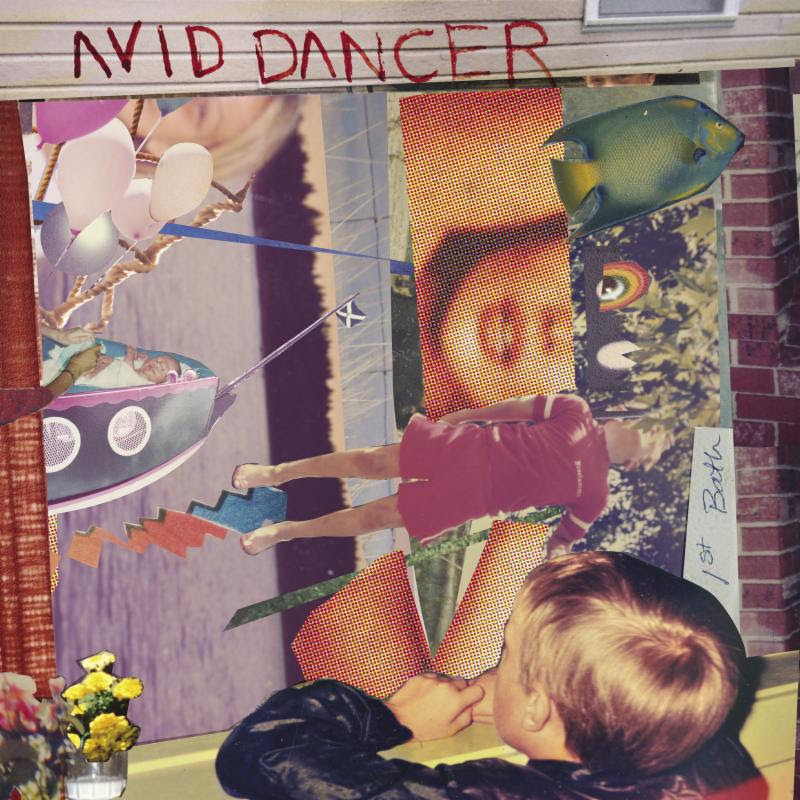 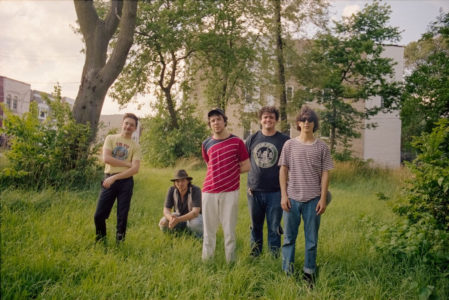