Arctic Monkeys announce album ‘AM’ Out 9/13 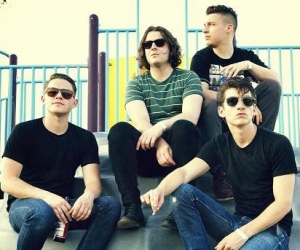 Arctic Monkeys release their fifth album, entitled ‘AM’, on Monday the 9th of September 2013.

‘AM’ was produced by James Ford and co-produced by Ross Orton at Sage & Sound Recording, LA and Rancho De La Luna, Joshua Tree.  The album was engineered by Ian Shea and mixed by Tchad Blake. Josh Homme, Pete Thomas and Bill Ryder-Jones all make guest appearances on ‘AM’ – as do the words of John Cooper Clarke, on the track I Wanna Be Yours. Arctic Monkeys headline Glastonbury on Friday the 28th of June.

You can watch the video for Do I Wanna Know? Above.

The album will be available on CD (WIGCD317), vinyl (WIGLP317), special edition vinyl (WIGLP317X) and via digital download (WIG317D1).  Pre-order ‘AM’ via the Arctic Monkeys Store or Dom Mart.

The tracklisting for ‘AM’ is as follows: