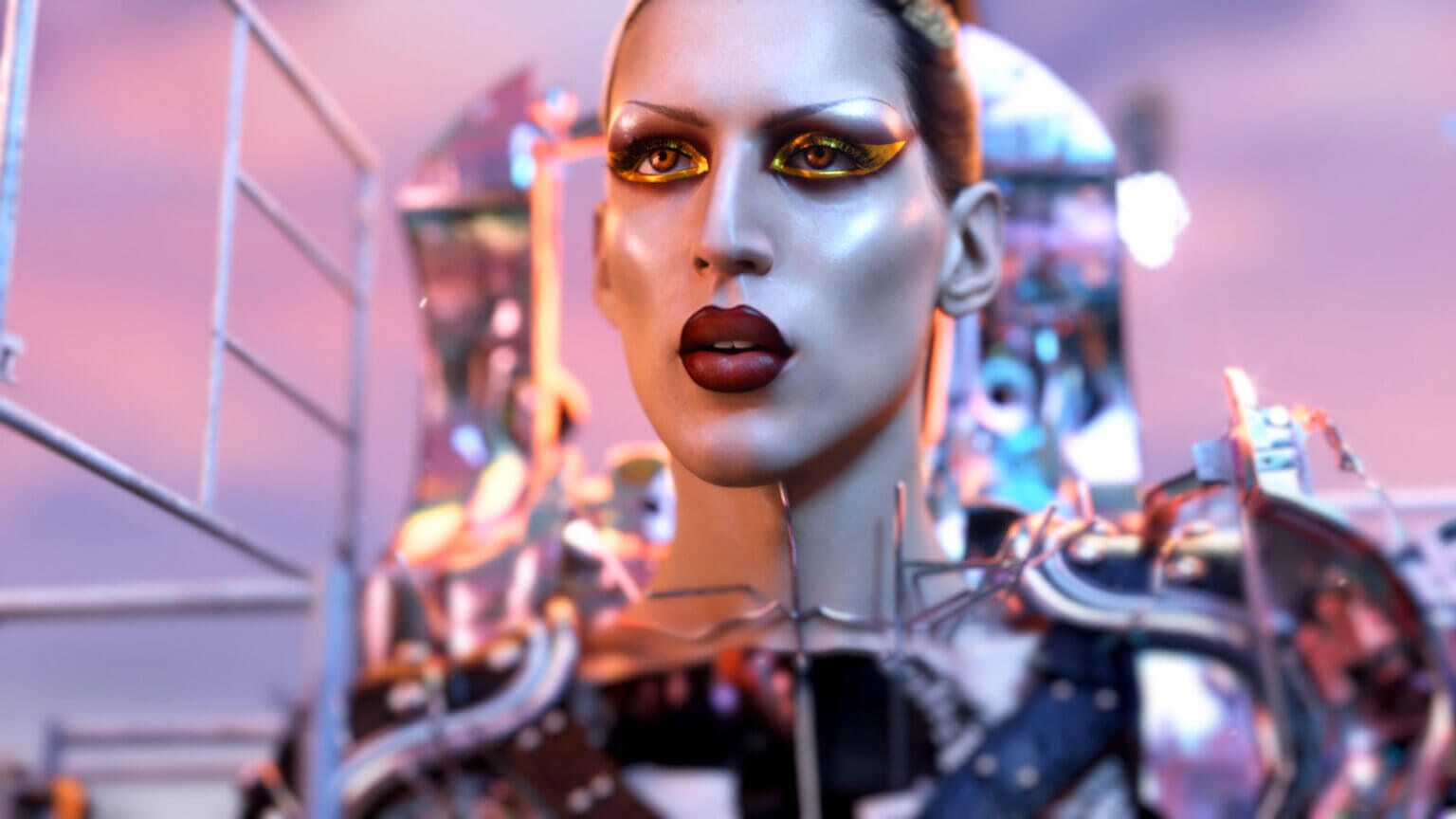 Arca, has released “Prada/Rakata,” a new music video featuring two tracks off her forthcoming release KICK ii, which is out Dec. 3 via XL Recordings. The video follows her collaboration with Sia on “Born Yesterday.”

“​​Prada is about celebrating psychosexual versatility; a song explicitly about transness and nonbinary modes of relating the sexual energy of the collective subconscious as a celebration of life; it is a song about defying shame and healing ancestral wounds; about the futurity of desire and love as a moebius strip; about kink as an engine, about sex and love, and above all else about simultaneity of being able to surrender and submit as well as being able to overpower and dominate within a collaboratively created space of consent; to throw glitter in the face of barking demons so as to let them know that love spans fully across breadth of mystery of life and death.”

“Rakata is a song about seduction, about wanting to devour the entire world out of a desire to fuck, without shame, free from condemnation, about sex as a life impulse in the face of death; it’s also a wink and nod to the internal heat generated by the hot and humid conditions that birthed latinx music, a reverence to regeton royalty wisin y yandel, tambores venezolanos, the furruco – an instrument i hear as sub bass technology, contemporary venezuelan folklore, life and eroticism birthed near the heat of the equator.”