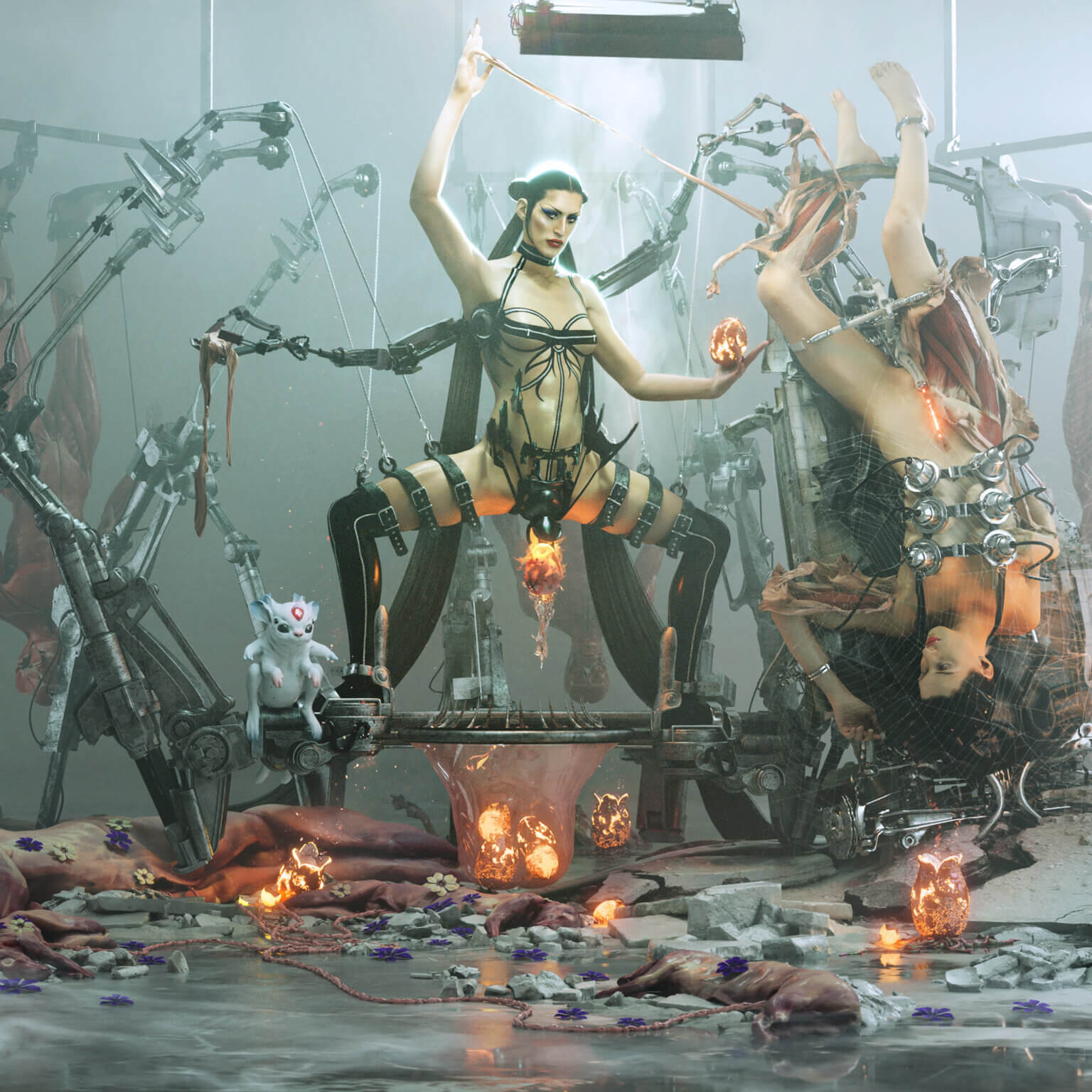 Arca, has announced the details of her forthcoming release KICK ii, due out December 3rd on XL Recordings,
Share on TwitterShare on PinterestShare on PocketShare on RedditShare on FacebookShare on Email

For the past ten years we’ve watched Alejandra Ghersi Rodriguez, better known as Arca, carve a blazing path through the zeitgeist–a shapeshifting celestial body, streaking across the cultural firmament. Every time we laid eyes on her she’d taken on some new form. Every time it seemed like we had a grip on her she slipped right past our expectations, protean and elusive.