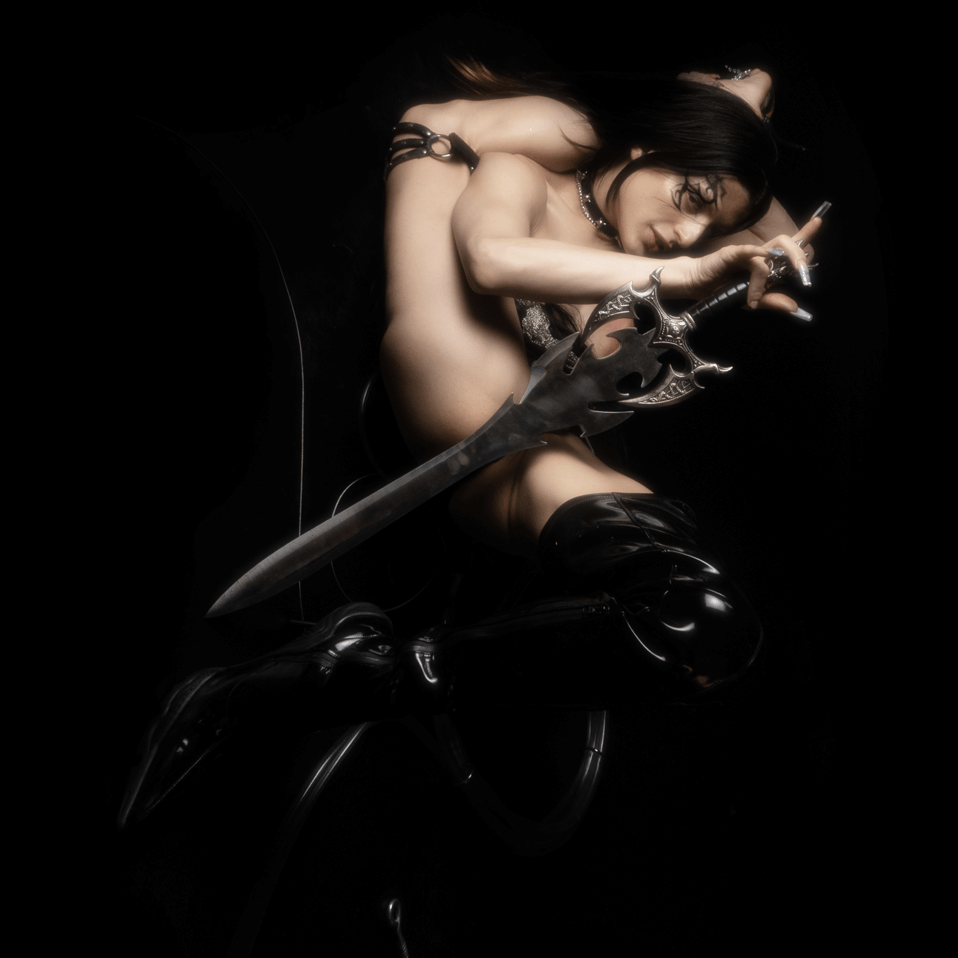 Arca and Oliver Coates have collaborated on the track entitled “Madre” The song is part of a four track maxi-single, accompanied by a visual by Aron Sanchez. Music from the release, is featured as part of the HBO series EUPHORIA. Arca’s score – titled “Jules’ Fantasia” – contains the song “Madreviolo” and its elements in various arrangements alongside other original Arca music. The special episode – titled ‘F*ck Anyone Who’s Not A Sea Blob’ – aired on Friday (January 22nd) on HBO Max and is seen from the perspective of Jules, played by actress Hunger Schafer, who co-executive produced and co-wrote the episode with creator Sam Levison.

Talking about the collaboration, and the genesis of the music, Arca says:

“I wrote ‘Madre’ years ago, and I did ‘Madreviolo’ playing the cello myself, before working with Oliver. After recording ‘Madreviolo’, I destroyed the cello I bought specifically for this. It had to be like a one-time thing for the version where I pitched up my vocal to castrati registers. But the original version with my unprocessed vocals, which felt a necessary version to share alongside Madreviolo, needed an arrangement that I could envision but couldn’t hear. When I shared the acapella version with Oliver there was an insane resonance and chemistry; where he took it felt like the place I dreamed of but couldn’t reach without him.”

“Arca got in touch after hearing my track Butoh baby on Boxing Day. She sent me one acapella a few days later which I wrote an accompaniment to and sent back. On the basis of liking that she sent me Madre which I could feel was powerful vocally & deeply emotional lyrically. I worked on it for about 9 days, playing very softly against it over and over in improvised strokes until a harmony and rhythm started to present itself, like a ghost orchestra at the back of a cathedral, barely raising above a whisper but also enveloping in terms of space and density. Then I made a mix but didn’t want to change a single thing about Alejandra’s vocal, I kept faithful to her dynamics and didn’t modify anything. And that is the version she heard and wanted to release.

After building layers I often perform a chance procedure where I export a huge amount of texture, then play it backwards and pitch it down to find an entirely new colour and vista from the same material. Essentially hundreds of layers of cello mutated and reworked as a mass. I noticed Arca had these two amazingly long melismas in the middle of the song, where her voice moves through all the registers in one breath.

I found luck lining up my reversed mass renders with her melismas, all the harmonies seemed to cascade and coalesce better than one could ever consciously compose. Conversations with Arca led me to look at the lyrics a bit more, to think about the atmosphere beyond the surface meaning and to see if I could carve out a more ascetic, decaying, almost austere space – and that’s what shaped the second half of the piece.”