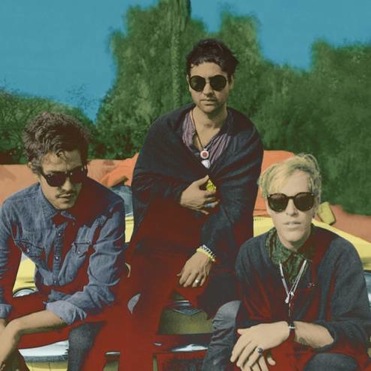 On the eve of the release of their long awaited sophomore album “II” – their first on their new home Jagjaguwar – Unknown Mortal Orchestra are announcing a full run of UK live dates in May.

The singles “Swim and Sleep (Like a Shark)” and “So Good At Being in Trouble” have already created a huge swell of anticipation, but both only hint at the wealth of gorgeously strung out psych-pop gems on the record. Their upcoming London show at Cargo on February 5th may be sold out, but with dates across the country coming in May (including their biggest London show to date at Village Underground), there has never been a better opportunity to be enraptured by their distinctive vein of slanted and enchanted rock.

For a glimpse at what’s in store, have a listen to the very special acoustic live session UMO lynchpin Ruban Nielson did for The Fly, performing beautiful, stripped back versions of three album tracks, just him, a guitar and his extraordinary voice

10 – ATP Festival curated by TV On the Radio, Camber Sands