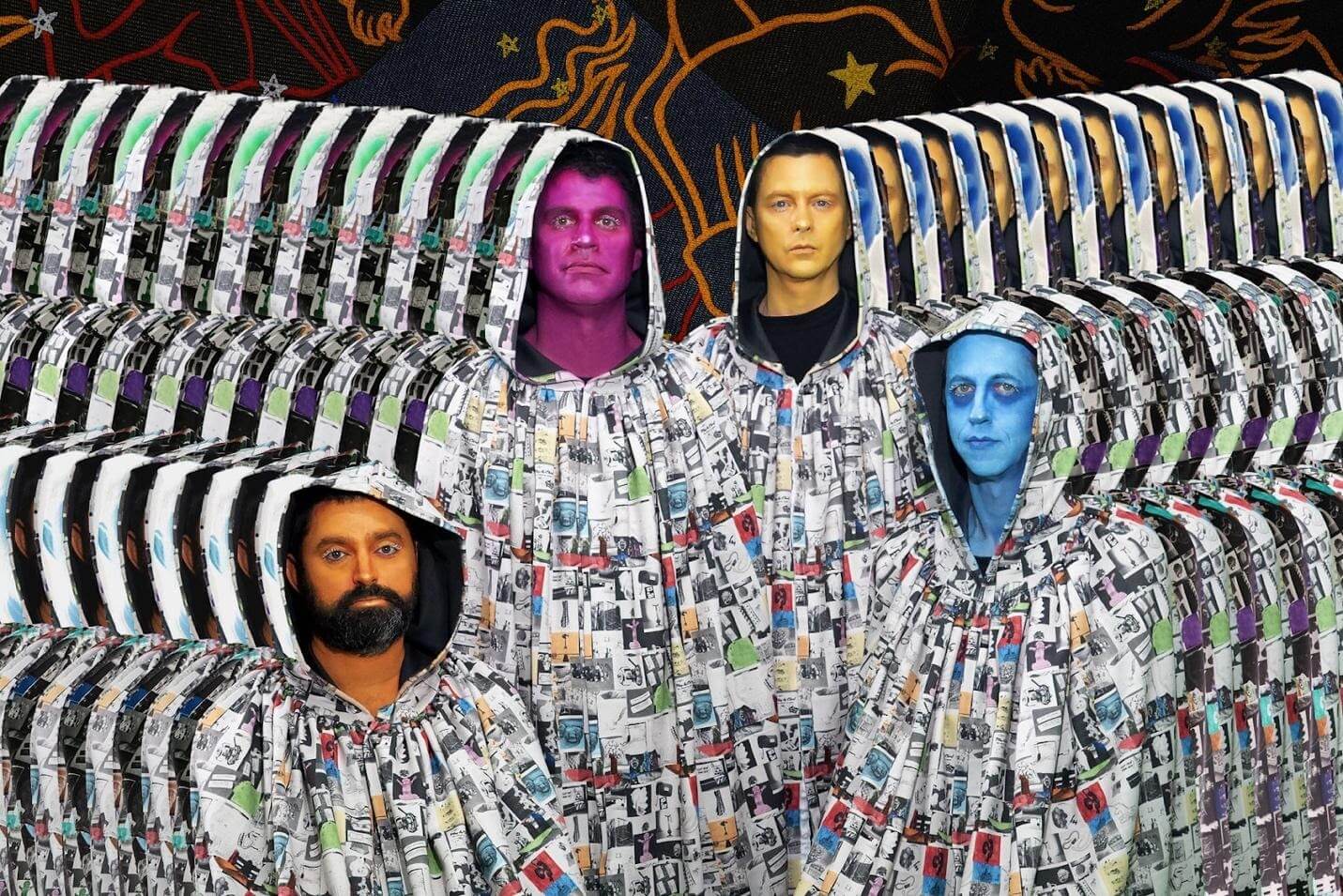 Animal Collective Debut Video For "Walker." The track is off the band's forthcoming release Time Skiffs
Share on TwitterShare on PinterestShare on PocketShare on RedditShare on FacebookShare on Email

Animal Collective release their new single “Walker” today via a music video directed by Abby and Dave Portner. “Mostly ‘Walker’ is a tribute to Scott Walker who passed away around the time I began writing the song,” Noah Lennox said in an interview with Zane Lowe. “Scott’s music has meant a lot to me and he’ll always be a big inspiration. But there’s also a kind of exhaustion and resignation to the singer of ‘Walker’ that belies a darker layer.” “Walker” and the previously released single “Prester John” will appear on Animal Collective’s new album Time Skiffs, due out Feb 4, 2022 on Domino. The group goes on a U.S. tour in March of 2022 featuring support by L’Rain.

As described by director Abby Portner: “It was so much fun to collaborate with Dave on this video, there were so many drawings and phone calls back and forth about how to make the record cover come to life and so much experimenting with movements of the band and acrobats to figure out how to get the flow right . I have never been on a set with so much excitement and clapping after takes when it all fell into place. It was such a warm, hard working crew of people helping us figure out how to make it all happen, and is one of my favorite directing experiences ever.”