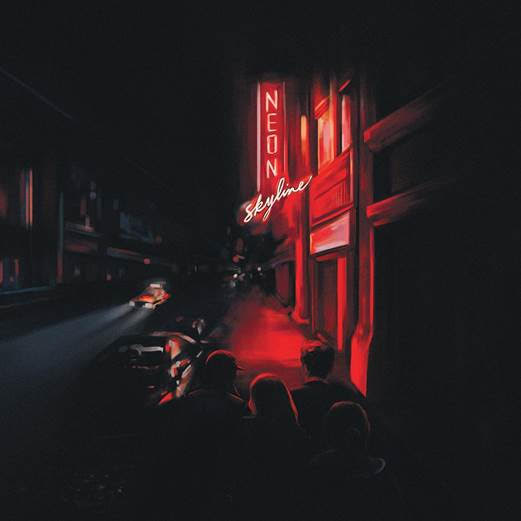 Andy Shauf will release The Neon Skyline, “his most direct and emotionally-rich work yet”, on January 24 via Arts & Crafts/Anti-Records. Shauf will tour behind the album, with dates in North America and Europe.

The interconnected songs on The Neon Skyline, all written, performed, arranged and produced by Shauf, follow a simple plot: the narrator goes to his neighborhood dive, finds out his ex is back in town, and she eventually shows up. As with Shauf’s last solo album, 2016’s The Party, The Neon Skyline is densely layered with an abundance of charming moments. His characters are all sympathetic here, people who share countless inside jokes, shots, and life-or-death musings when the night gets hazy. Today, he offers the first taste, “Things I Do”, which examines the dissolution of the narrator’s past relationship over tense and jazz-minded instrumentation.

For The Neon Skyline, Shauf chose to start each composition on guitar instead of his usual piano. Happy accidents like Shauf testing out a new spring reverb pedal and experimenting with tape machines forced him to simplify how he’d arrange the tracks. Over the course of a year-and-a-half, Shauf ended up with almost 50 songs all about the same night at the bar. Though paring down his massive body of work to a single album’s worth of material was a challenge for Shauf, he managed to decide on eleven songs.