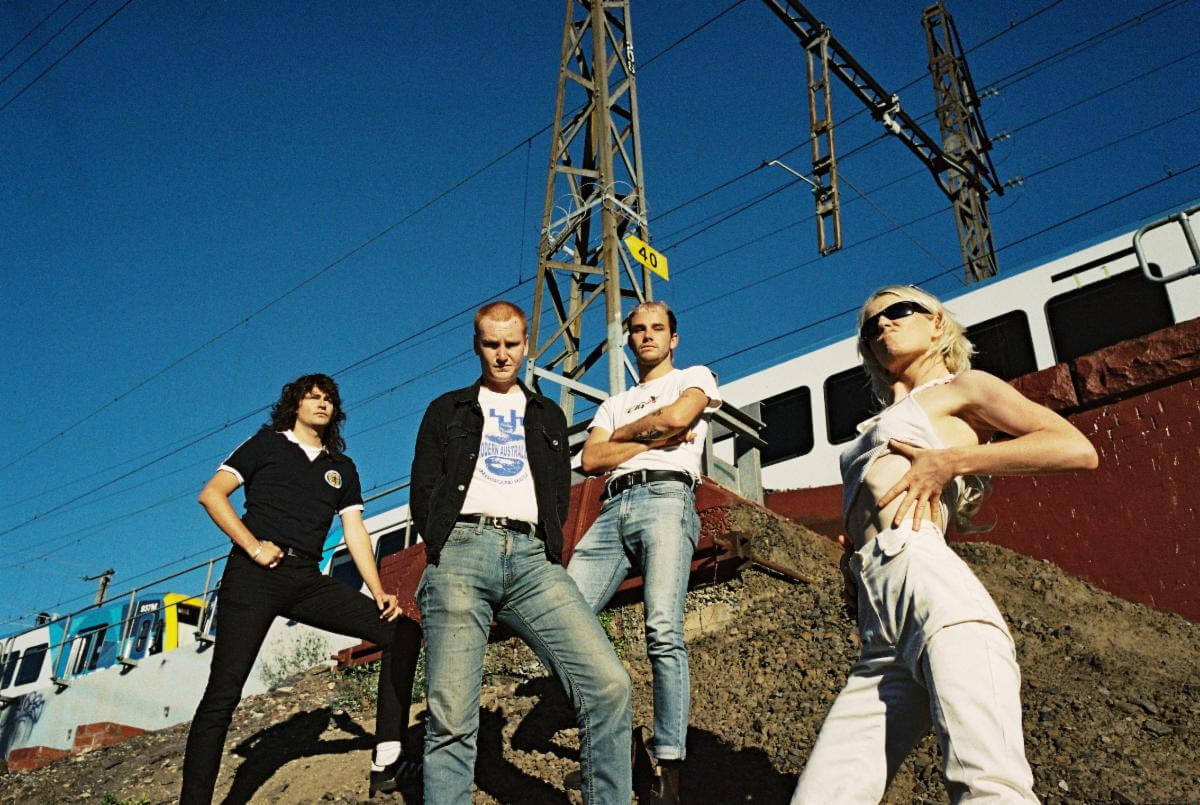 Amyl & the Sniffers, release their new album Comfort To Me on September 10th, via ATO Records/Rough Trade. Today, the band have shared the final single off the album “Hertz,” accompanied with a video, the clip is a daydream of wanting to go to the country/bush and see landscapes other than the city,” Taylor explains. “ It was written in 2019 but it very much sounds like a pandemic song, because it’s a daydream about being repulsed by confinement, and frustrated over being stuck in one place.”

Amyl and The Sniffers have also announce today that on October 5th they’ll premiere a filmed performance of Comfort to Me, played in full, in one take, on a slab of concrete in a suburban wasteland somewhere in Melbourne, Australia. Tickets for the livestream are available now HERE.

Comfort To Me, was co-produced by the band and Dan Luscombe, with its lyrics largely written during the Australian Bushfire season, when The Sniffers were already wearing masks to protect themselves from smoke in the air, Comfort To Me came together in a 3-bedroom apartment where the four band members quarantined together during COVID-19 lockdown. “This album is just us — raw self expression, defiant energy, unapologetic vulnerability,” says Taylor. “It was written by four self-taught musicians who are all just trying to get by and have a good time.”

The weight of the past two years is palpable on Comfort To Me. Taylor explains, “After the Bushfire season, and when the pandemic hit, our options were the same as everyone: go find a day job and work in intense conditions or sit at home and drown in introspection. I fell into the latter category. I had all this energy inside of me and nowhere to put it, because I couldn’t perform, and it had a hectic effect on my brain. Having to deal with a lot of authority during 2020 and realizing my lack of power made me feel both more self destructive and more self disciplined, more nihilistic and more depressed and more resentful, which ultimately fueled me with a kind of relentless motivation. I became a temporary monster. I partied more, but I also exercised heaps, read books and ate veggies. I was like an egg going into boiling water when this started, gooey and weak but with a hard surface. I came out even harder. I’m still soft on the inside, but in a different way. My brain evolved and warped and my way of thinking about the world completely changed.”

Within that chaos, the band found comfort. Given the unexpected luxury of time on their hands in 2020, the band—rounded out by guitarist Dec Martens, bassist Gus Romer, and drummer Bryce Wilson—was able to cut songs they didn’t love, and refine the ones they did, with the added help of mixer Nick Launay (Nick Cave, IDLES, Yeah Yeah Yeahs) and mastering by Bernie Grundman (Prince, Michael Jackson, Dr. Dre, OutKast).

Amyl & the Sniffers
Comfort To Me
Tracklist
ATO Records/Rough Trade

pre-order Comfort To Us by Amyl & the Sniffers HERE