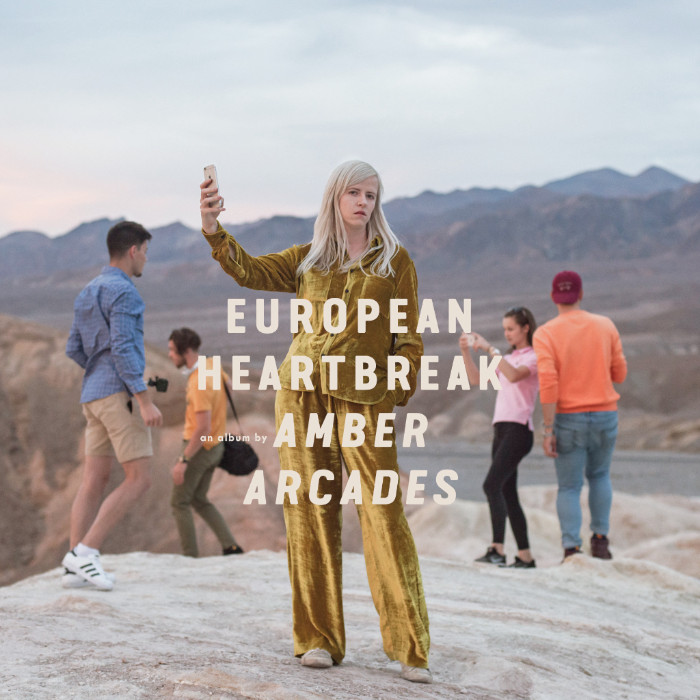 Music is inherently derivative, but artists like Amber Arcades show that there can be something truly emotional and interesting to dig out of even the most familiar pop tropes. In her exploration of Americana, Amber Arcades fleshes out the personal stories that made the tones we recognize so memorable to begin with. Though it does suffer from its initial sense of samey production, this record is one that will age well once people are familiar with the great songs under the surface.

It can seem comedic how nostalgic the tones on something like “Simple Song” are since its title seems to suggest as much, but like other tracks on the record there’s something special behind the aesthetic. Choruses bloom into psychedelic washes that bring out startling new instrumentation and writing schemes to match with a great sense of warmth. Just as Annelotte de Graaf’s writing seems to take a vintage pop direction on “Hardly Knew,” she injects more heartfelt vocals in to balance things out. “Oh My Love (What Have We Done)” balances these two worlds in a much stronger sense however to craft folk-Americana that feels tender and honest. Each verse booms with catchy vocal hooks as de Graaf seemingly lets out her smile in the energy of her music.

De Graaf is more brutal on “Goodnight Europe” where her story takes on a sprawling scope and becomes a full-blown blues ballad. Her assured, tired energy shows a kind of maturity well beyond her years as she sings and writes the tales of a life lived end-to-end, and laces the music with this same emotion. Even “Alpine Town” carries a kind of crooner-like energy to it where the shuffling momentum in Amber Arcades’ arrangements only seems to make you want to dance along. Right as it seems like de Graaf is hitting a kind of Angel Olsen note, she opens into a bright and fun dance pop that closes out the track excitedly. Amber Arcade’s have an infectious ability to really make so many familiar pop ideas feel fun again, and it’s one of the album’s greatest strengths. With this simple truth, a very familiar track like “I’ve Done The Best” escapes its derivative writing and instead feels like a song you’ve been humming along to for years.

This kind of country-folk even touches on the tones of Alvvays on “Self-Portrait In A Car At Night” where de Graaf embraces both light synths and strings with a powerful lifting emotion. It’s the hook-power that keeps coming back through the song and the album that make Amber Arcades’ music so addictive to listen to. “Something’s Gonna Take Your Love Away” quickly hits a stride of glistening guitars, to tell a story of regretful love, but one that doesn’t quite feel as fleshed-out as it could be. Any doubt in de Graaf’s own qualities as a writer however is quickly washed away on “Antoine” where her devastating tale of loss overrides the simple piano ballad she plays with.

Between the light abrasive qualities to “Where Did You Go” and the absolutely magical instrumentation in the choruses, this song is a surprising left turn near the record’s end. While songs like this and “Baby, Eternity” stick to their simple loops in writing, they end up as some of the most fun moments of the whole record regardless.