“All The Birds” by Lou Rhodes 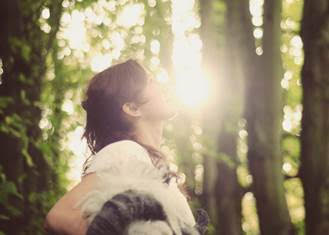 Nude Records recently announced the release of theyesandeye, the new album from Lou Rhodes, which will be released on July 22nd.

Lou Rhodes’ fourth solo album combines elements of the singer-songwriter’s roots she bathed in growing up but these are embroidered with a rich palette of stark piano, vocal layering, transcendent harp and strings all wrapped up within a heady smattering of vintage reverbs. “I had a bunch of songs”, says Rhodes, “but I wasn’t sure which way to go with them. I had a gut feeling I wanted to experiment with a slightly psychedelic feel and, by chance, met up with Simon Byrt (the album’s co-producer) in a friend’s studio. It turned out that he has a strange passion for vintage spring and tape echoes and, before long, we’d decided to make a record together.”

The album was recorded in that same friend’s studio in rolling Wiltshire countryside crammed full of an analogue nerd’s paradise of vintage desks (one of which was used in The Beach Boys’ ‘Smile Sessions’), microphones and tape machines supplemented byByrt’s own collection of reverb boxes. Acoustic guitar was played by Rhodes, additional guitar, bass, piano and synths by Byrt, abstract pedal steel by Ian Kellet and drums by Nikolaj Bjerre. String arrangements were provided by Danny Keane and harp by the remarkable Tom Moth (perhaps known for his work with Florence and the Machine).

After six albums with electronic genre-benders Lamb and three solo albums to date, including the Mercury nominated ‘Beloved One’, Rhodes’ capacity as a songwriter and interpreter of songs is fully road-tested but never formulaic. Whilst opening track ‘All The Birds’ is a paean to finding love when all seems lost, ‘Sea Organ’ is a warrior call to all who defend planet earth. ‘Them’ takes a look at our very human need to point fingers in blame when the cause often lies closer to home and ‘Angels’ is a celestial re-working of the XX classic. Mixing was by Noah Georgeson who perfectly enhanced the album’s analogue softness, while Golden Mastering in Ventura, California completed the transatlantic picture.

So why the album’s title, ‘theyesandeye’? It’s an unusual explanation but one best left to Rhodes to sum up: “I’ve had a lifetime of being consumed by a kind of self-doubt and so, recently, I’ve been concentrating on keeping a positive frame of mind. Affirmation, I guess you’d call it. One day I was looking online at some art pieces a friend had mentioned and one painting was entitled ‘theeyestheysee’. My eyes saw “theyesandeye” and it seemed to echo my new credo, a new default setting, and I decided it summed up the album pretty well.”

theyesandeye will be released 22nd July on Nude Records