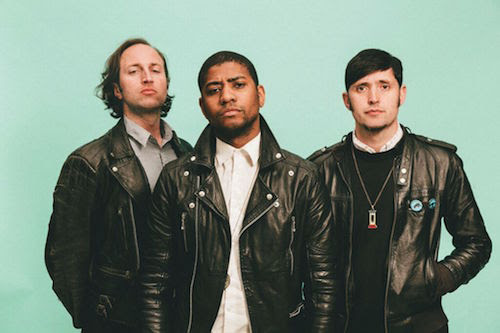 According to the band: “The Mute Studio Sessions were undertaken as a way of using alternate instrumentation to accentuate different sonic and conceptual contours, which may not have been so heavily used in the foreground in the album versions. Tape manipulation, musique concrete, and synthesizer programming were some of the techniques employed here, and we stripped a few of the songs of their machinations, as if re-sung from sheet music at the end of times to a tape loop and a broken piano.”

“Blood” is a haunting highlight, with Franklin James Fisher’s ghostly gospel vocals, minimal piano chords, and sparse echoes of rattling chains evoking spiritual protest songs of the Antebellum era. The lyrics of “But She Was Not Flying” make a powerful statement against colonialism, capitalism, racism, and oppression, with MLK and Malcolm X samples interspersed, while “Remains” eliminates the rhythmic handclaps of the original, stripping it down to its sparsest shape: a bone-chilling bluesy hymn awash in ambient feedback.

Tracklisting:
1. Blood
2. But She Was Not Flying
3. Remains