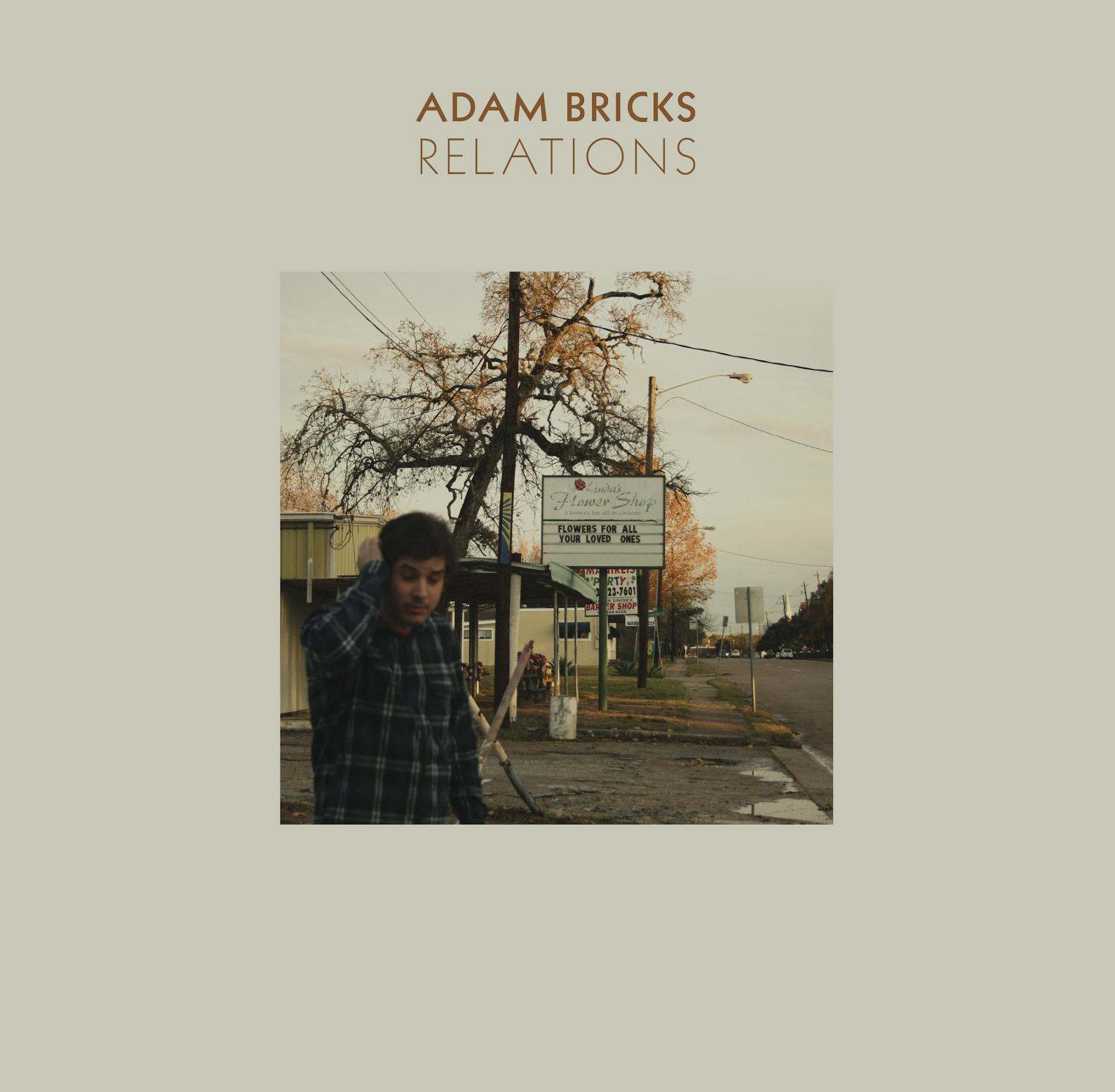 Houston, TX’s unabashed, head-held-high folksinger songwriter, Adam Bricks, is pleased to announce the debt of his sophomore full-length, Relations, available today (May 6, 2016). The 11-song LP features the anti-folk songwriter at his most personal: love, hate, sex, sadness and longing.

From the NYC anti-folk scene to Houston’s tight knit growing music community, Adam Bricks is known for his intense story based songwriting. Since his first release, “Clock Crash EP”, in 2011 he has played throughout the east coast as well as in his home state of Texas. His upcoming Relations LP is out May 6th and more personal record than ever before. It’s a record about relations between lovers, friends, and people in general. There are darker songs like “Sad Song” and lighter ones like “Something Real” but they all tie into different ways “I feel towards people,” Bricks explains. “It’s Indie Rock with some Alt Folk thrown in.”

“Relations” is a more personal record than “City Songs”. It deals with relationships with people. The bad the sad and the wild. Wrote it while living in an old house in East Houston. Recorded it with my friend James Westley Essary of The Caldwell at his house. The record is rock/country/folk trying to cram all the stuff around us into 11 songs.