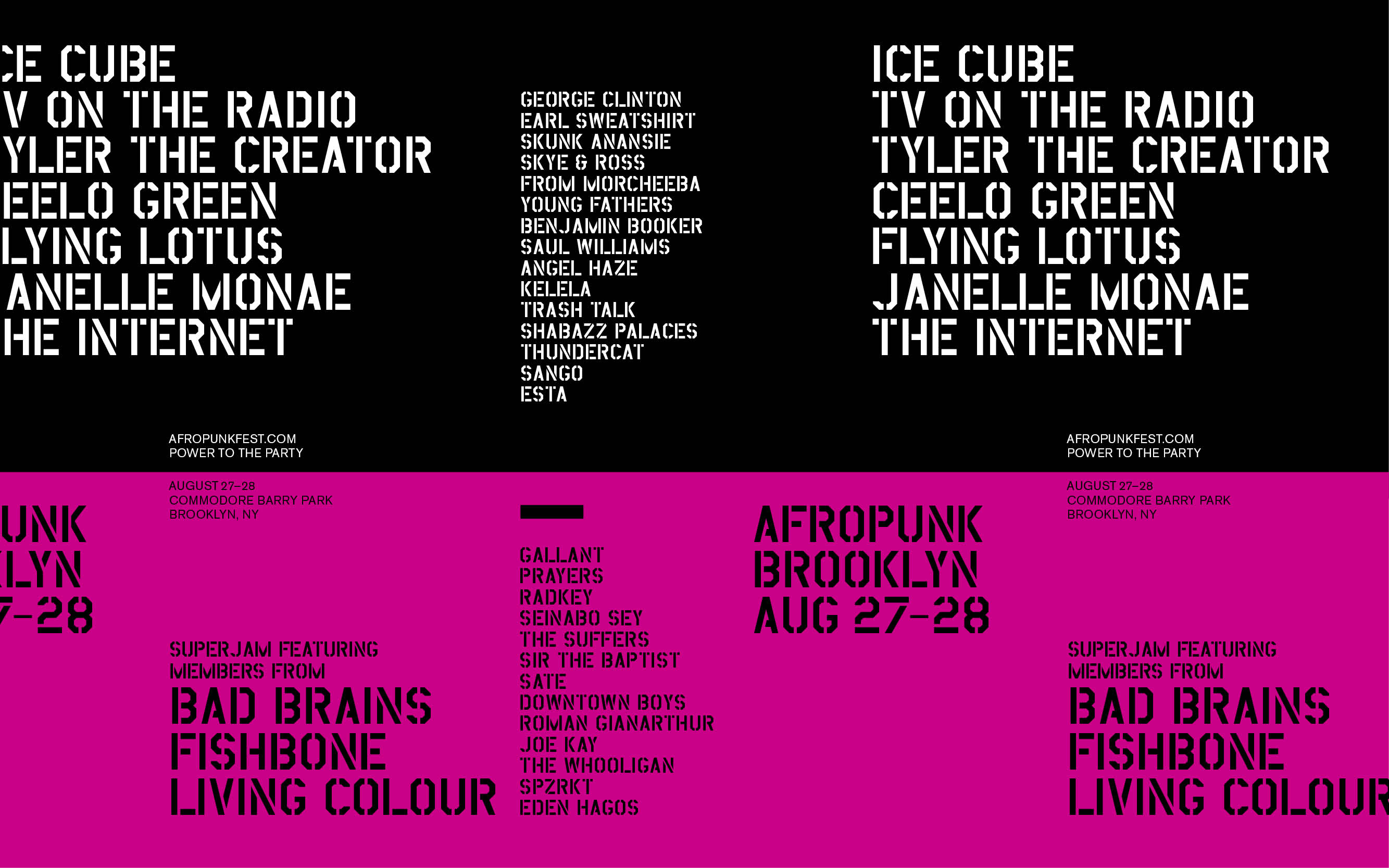 AFROPUNK BROOKLYN, has announced the lineup for its annual weekend-long celebration, AFROPUNK BROOKLYN to take place on August 27 & 28 at Brooklyn’s Commodore Barry Park in Fort Greene. The 2016 AFROPUNK festival continues to be a bastion of multicultural diversity that manages to bring together a vast array of music acts, art and culture as is evident by a lineup that includes Ice Cube, Flying Lotus, The Internet, Thundercat, Angel Haze, Saul Williams Benjamin Booker, Skunk Anansie, Skye & Ross from Morcheeba, Galant, SPZRKT and many more (full lineup below). The festival will be home to more than 60 acts throughout the weekend and will feature three stages with its first ever Brainfeeder & Soulection stages.

Given its rising popularity the festival will continue to keep its paid ticket as the most affordable in the country for the array of talent and will also bring back its earned ticket program. AFROPUNK has long been known as an advocate of cultural change, especially within the Brooklyn community. The earned ticket program, called AFROPUNK Army, gives fans the opportunity to volunteer for admittance. Last year AFROPUNK worked closely with partners to provide volunteer activities and projects for 16,000 fans to complete in exchange for a ticket to the festival (a minimum of 8 hours of volunteer work will earn ONE General Admission Weekend Pass) this year. The volunteer program creates awareness for organizations and helps deliver a sustainable impact to communities in need.