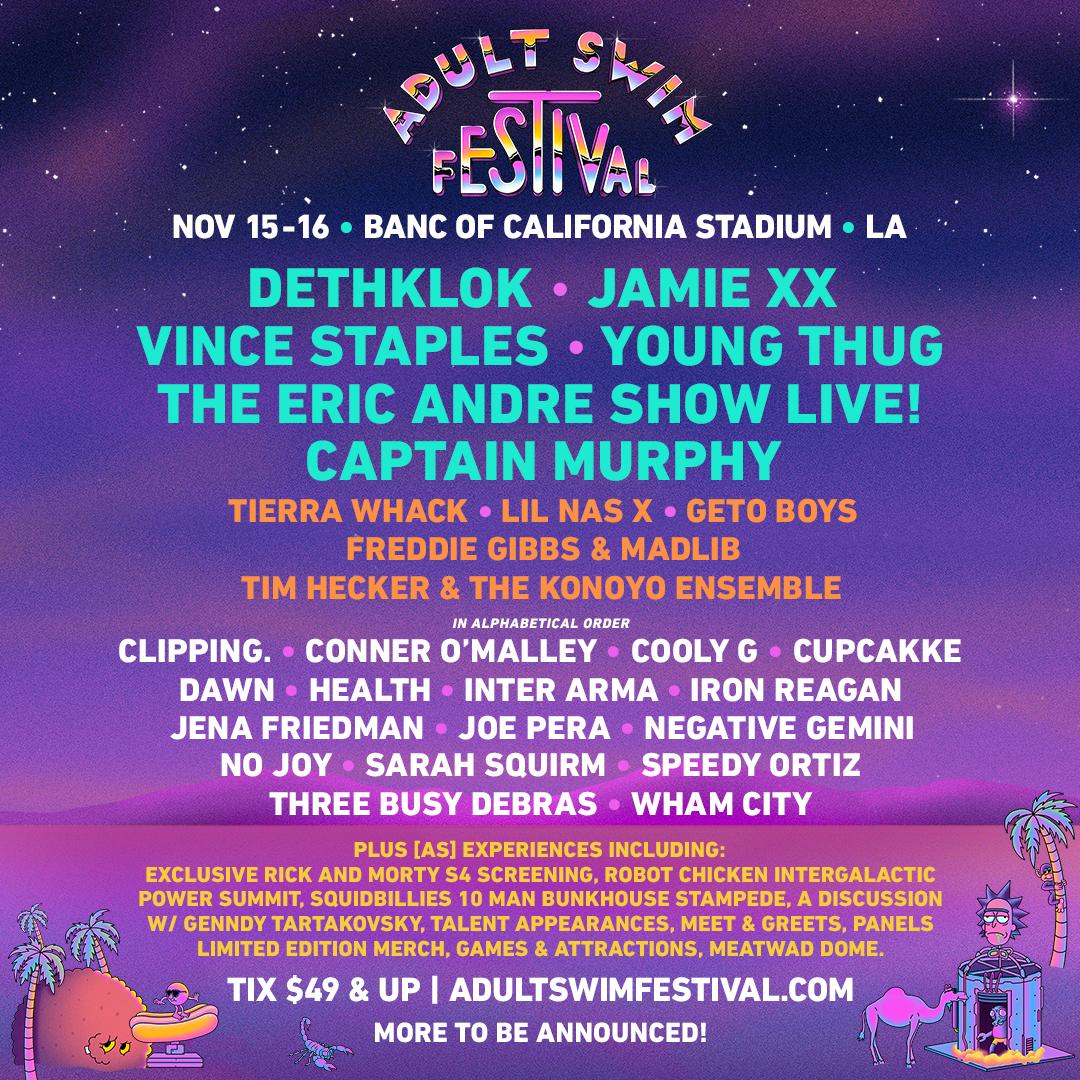 Adult Swim Festival is headed back west for a two-day event in the heart of downtown Los Angeles. Tickets go on sale to the public today at 12 p.m. PT for the second annual festival, happening Friday, November 15 and Saturday, November 16 at Los Angeles’ Banc Of California Stadium. This year’s line-up features top bands and musical artists, comedians, interactive games and one-of-a-kind fan experiences that only Adult Swim can bring to life.

The Adult Swim Singles Program, which launched in 2010, has published more than 250 free new music tracks from emerging artists alongside industry favorites and has generated more than 20 million SoundCloud streams over the last five years, featuring nearly than 150 artists.

Tickets start at $49 and up. Fans 18+ can also sign up to receive the latest news on festival activities, updated music and comedy line-ups and ticketing options at AdultSwimFestival.com.