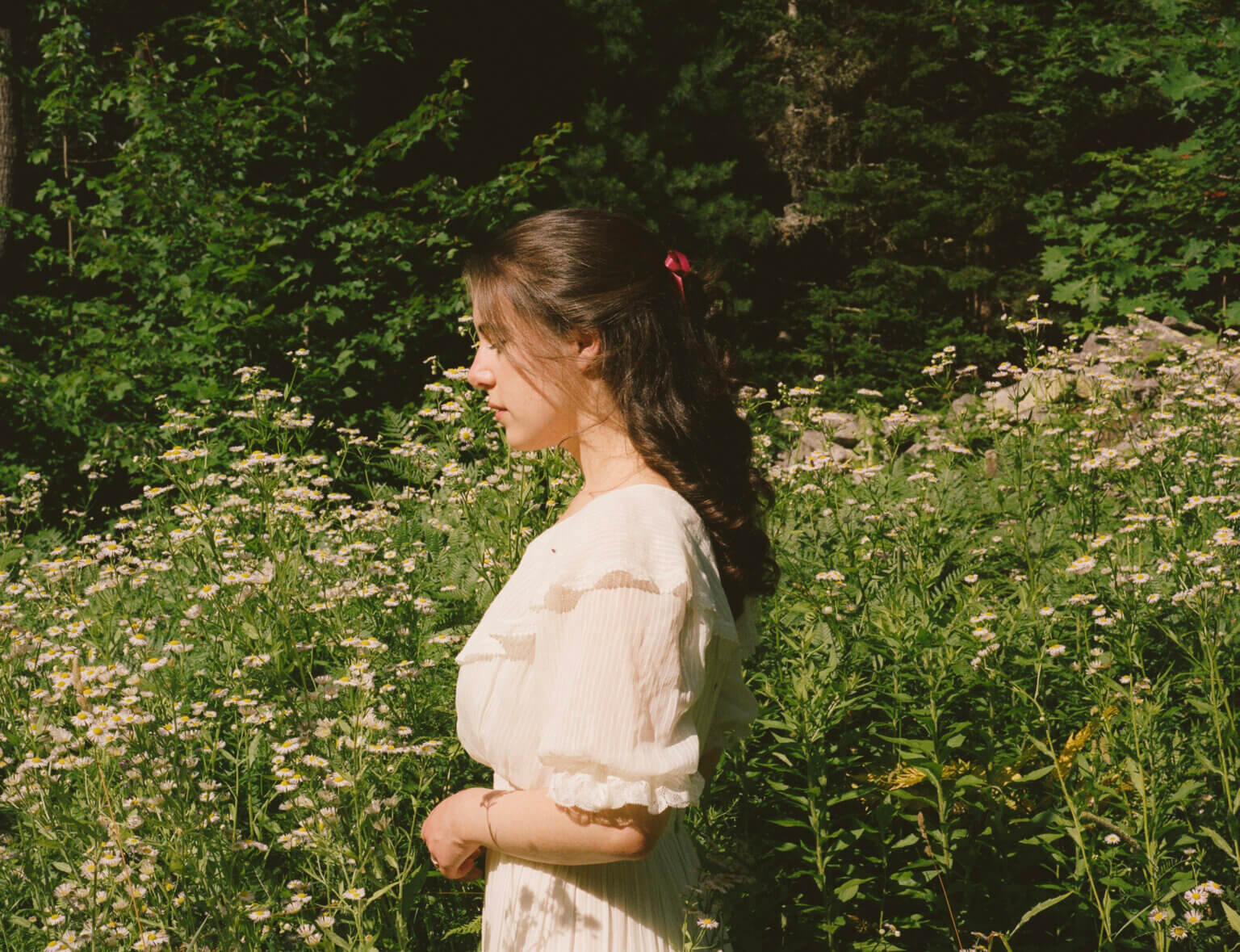 Gemma Laurence is a Brooklyn-based indie folk singer/songwriter, originally from the coast of Maine. Laurence takes her inspiration from queer femme poets and songwriters from the past and present including Adrianne Lenker, Tomberlin, Elizabeth Bishop, Adrienne Rich, and Sappho to name a few. Her new single “Adrienne” drops on October 15th and will be available via all streaming services.

Laurence’s time on both sides of the Atlantic, have influenced her sound. Laurence’s vocals and the poetic lyricism of her music has drawn comparisons to Joni Mitchell, Laura Marling, Courtney Marie Andrews, and Haley Heynderickx. Blending banjo riffs with lush harmonies and acoustic guitar melodies, Laurence’s timeless tracks call her listeners home to the people and places left behind for new beginnings. Her debut album, Crooked Heart, was released in 2019, and her second full-length album is slated for release in Spring 2022.

“Adrienne” is a nostalgic love song with a bittersweetness to it. It’s about looking back on a first date with somebody from years ago and missing that first flush of tenderness and vulnerability that you feel with someone new. It’s kind of a love song but maybe a “yearning song” is more accurate – I wrote it at a time when I was very much alone, and I think the song captures that feeling as well as the intimacy and the romance. It’s my first release in two years and my first song in which I open up about my queerness, so it feels really exciting to put out into the world! I had the pleasure of working with some fantastic artists on this track: Charlie Dahlke (production, mixing, engineering, vocals), Andrew Goldring (mastering), Matt Phillips (pedal steel, electric guitar), Will Orchard (guitar) and Jess Kerber (vocals). It felt like truly such a dream team. I feel honored to have those people be a part of this.”