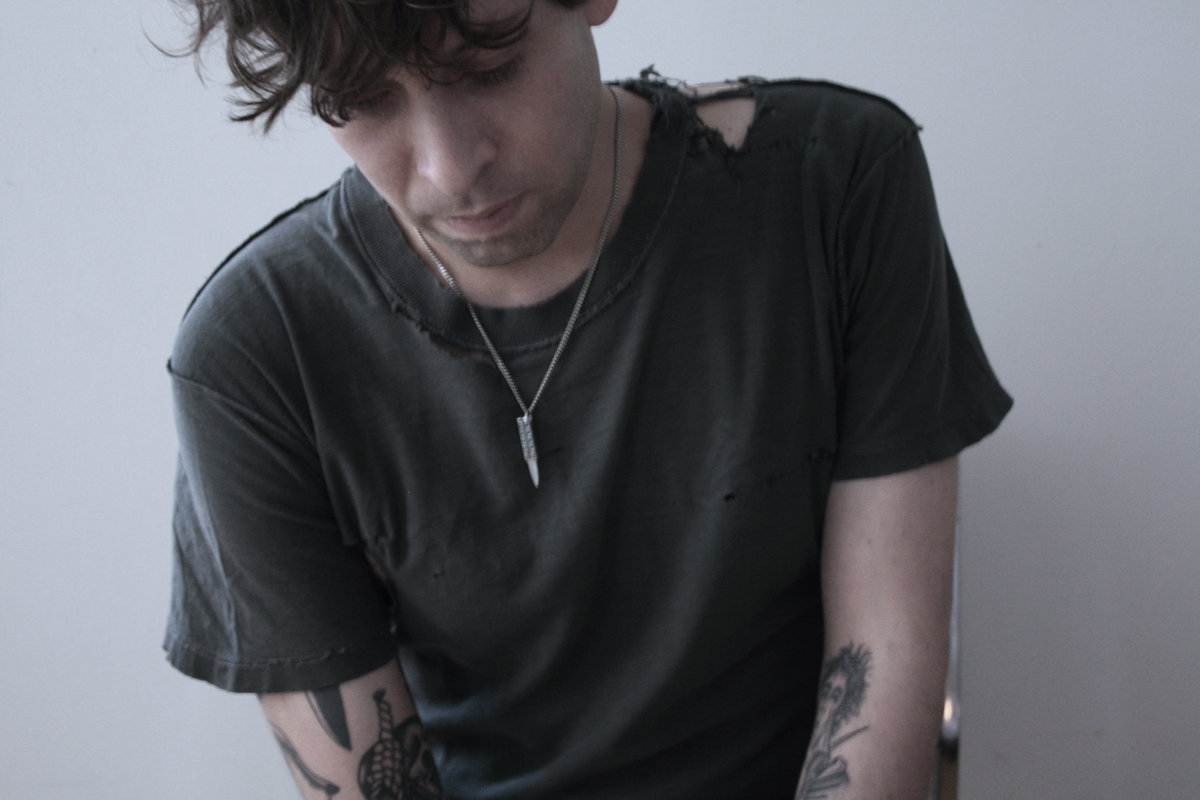 Music tends to come from negative feelings at least as often as it comes from positive ones. For California’s The Soft Moon (who now resides in Berlin), his music has let him slowly work out the emotions that have plagued his entire life. Through aggressive music that melds the worlds of hard-rock and electronica into something Trent Reznor could only dream of, Vasquez has created truly shocking art. We caught up with Vasquez ahead of his March 29 show at Theatre Fairmount in Montreal to talk about his European life and how he’s harnessing his guilt to move past it.

Northern Transmissions: How did moving to Europe as a whole change up the feeling for you from California and offer you a solitude that would inspire you?

Luis Vasquez: Europe has changed me quite dramatically. I’ve seen the world a few times on tour, and I’ve been able to look back at living in the states now that I’m in Europe. I can see the difference now that I’m removed from it. The cultures are different out here, and people are less ignorant to the world and politics in Europe. Even simple things like food has changed me. Berlin has changed me the most, there’s so much freedom here so if you don’t have discipline you can get in a lot of trouble. That’s the foundation of this new record.

NT: Why did you uproot from Italy to Berlin for Criminal, and did the city’s electronic sounds influence you while writing?

LV: No matter where you put me in the world, it’s going to come out mostly the same. Everything that I write about is coming from within ultimately, of course there are exterior influences though. The main influence is the feelings I have within, and the feelings I’m trying to conquer from my childhood. Berlin has brought out certain things in me however, and showed me how I am in strange ways.

NT: Why do you feel you had something to say this time around where you were more making music for fun and learning before?

LV: I’ve always had something to say with this outlet, but I didn’t know how to express myself in words. I didn’t feel confident enough to talk about specific problems, but with this record I wanted to go all out. I’ve reached a level where I do have that confidence now. I’m a little angrier now and less self-loathing, so it’s more direct. I’m able to put words behind my emotions now and understand why I struggle with certain things. Now that I’m aware of the triggers, I’m able to direct my anger towards something specific.

NT: How do you feel like guilt shaped this record, and did making it help you overcome some of your own?

NT: You’ve also talked about spending the last eight years trying to heal yourself and using the album as a sort of act of desperation?

LV: I saw this album as a last resort. Using anger is a last resort and that’s what I’m doing on this record. That’s helped me feel a lot more confident which is something I’ve been lacking for years. The actual process of writing is very painful for me, because it’s like sitting down with a therapist., but it’s very rewarding at the end.

NT: You’re also one of the few artists who’ve continuously avoided any collaboration in your music, has it just never felt right or are you shutting that idea out?

LV: There hasn’t been the opportunity where I meet that person that I completely connect with, where I can feel that they enhance my journey or understand my journey. Every aspect of this project is about my self-growth, and healing myself. I play all the instruments because I need every part of my body to make these records. This is an autobiography of my life and it’s a true expression of myself.

NT: Have producers offered anything on this end?

LV: Actually Muarizio Baggio, that I’ve worked with on these last two records is the closest I’ve gotten to collaboration. I’m open to his ideas, and I give him freedom in producing. When I did my second or third European tour, he came on board as the sound engineer, and he got to know me doing my sound every night. The last record went really well, and he offered ideas that were totally spot on that I either thought of or hadn’t but totally agreed with. We had a telepathic thing, and that went into this record as well so I gave him more credit on this record.