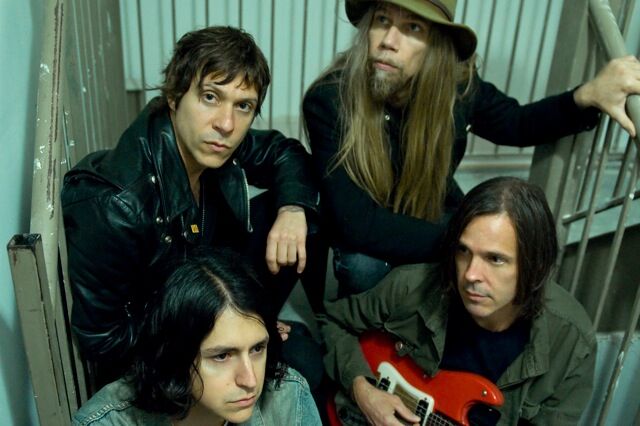 “Dead Heavens came to me while watching a film called An American Hippie In Israel,” says front man and guitarist Walter Schreifels (Rival Schools, Quicksand). “In the film the aforementioned American Hippie collects a group of like minded flower children from around Tel Aviv. They cram into a convertible for a drive to the sea and pick out an uninhabited island to begin a new “free” society. They lose their raft, the waters around the island are shark infested, there’s no drinkable water or food save a single lamb which the hippies ultimately fight to the death for–their heaven dead yet the lamb survives. Our band is like the lamb, a lamb that grows into a goat, with horns.” Dead Heavens also features former members of Youth Of Today, White Zombie, and Cults.