Skip to content
News Our Favourite Five Albums Of The Year 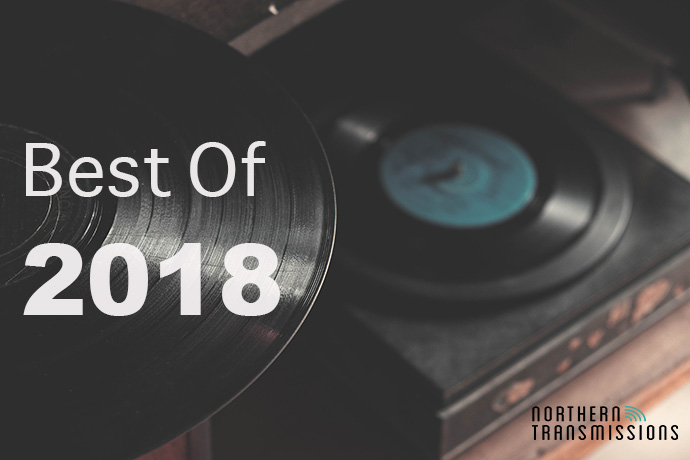 Fucked Up was facing a new vocal approach this year and in the midst of this they crafted a brilliant pseudo-concept album. With their usual punk howling from Damian Abraham delivered in pieces this time, they’ve broadened out with new brass and strange textures that give their record a more cinematic scope of sound. Even tracks like “Normal People” offer up a cross-section of sounds new and old for the band as they take their noisy rocking into a future both exciting and terrifying. As far as Josh Tillman’s music as Father John Misty has gone recently, it’s often played out more like elaborate theatre rather than anything personal. Tillman’s step away from the darker themes and emotions of Pure Comedy makes for a heartwarming record, that straddles a more traditional writing scheme while still remaining as lyrically potent. Though the more tempered sound isn’t as immediately distinct as his last record, it gives you more on each listen to make you want to stay. After a long break, Earl Sweatshirt (aka Thebe Neruda Kgostile) came out this year with a hip hop album that is efficient in the best way possible. The vintage luster of songs like “One The Way” and “Shattered Dreams” complement Sweatshirt’s vicious flow just as well as the abrasive editing of “Nowhere2go,” which leaves the record as a powerful display of his versatility. With a seamless movement between the tracks on this record and the short-but-sweet conciseness, Sweatshirt is making his quirky hip hop much more accessible. This said, he also blurs the line between mixtapes and full-length albums in a way that gives certain songs a whole new context. On her previous releases, the lyrical tenacity of Mitski’s writing was leading the charge but her compositions were firing on all pistons this year. Explosive drums send songs like “Geyser” over the top, and the disco booms of “Nobody” can send you right into a dreamy dance haze. So much of the album is bolstered by Mitski’s amazing sense of storytelling however, as she pulls you through the troubles of romance and womanhood in our current climates. Whatever pulls you into this record, Mitski has asserted herself as a musical giant this year because of this album. With their constantly morphing sound between records, Iceage really showed the full breadth of their sound going into 2018. Though the record takes a much more subtle approach to its rock energy, it pushes its punk in writing and experimentation much more than aesthetics. Raw vocal delivery creates a menacing energy on “Catch It” that is only enhanced by its dense, watery (and somewhat My Bloody Valentine-like) and heavy sound. “Pain Killer” on the other hand presents a much more chipper Iceage ready to expand to horns, glowing harmonies and melodies that show a range of colour that only they can bring to punk right now. With all the masterful music that Dev Hynes has made as Blood Orange, it was really something to see him transform into a Damon Albarn-like (à la Gorillaz) producer figure on this record. On a record that boasted vintage R&B and a powerfully invigorating sense of sound, it was easy to sink into songs like “Saint” and “Orlando” and just get lost. There were strong pop moments on the high-end-heavy “Charcoal Baby” and even Tei Shi’s number “Hope.” Given the range of rappers, vocalists and even spoken-word weaved into one coherent record, Dev Hynes has evolved Blood Orange into a stunning, boundary-less new world. Many of Beach House’s last few albums hit a point of saturation and began to feel so samey that they were bordering on predictable. On 7 they took all these expectations and toyed with them, giving listeners an album that sounded aesthetically like Beach House, but not melodically. The band took psychedelic turns on tracks like “Lemon Glow” and vocals gained more menacing than ethereal qualities in tracks like “Dark Spring.” Even with an old school Beach House track like “Dive” giving the album a sense perspective, it’s mind-blowing to hear them pivot on warp-driven tracks like “Drunk In LA.” With their sense of identity back in their hands, Beach House finally got us fascinated in where they’re going next again. With Danger Mouse producing them, Parquet Courts were able to take their unhinged sense of writing and make a fresh sounding record. From the title track, the band is already banging out with a DFA Records-style mix of groove and percussion too crisp to ignore. Tracks like “Freebird II” found them taking their rock sound and lightening it up with a bit of nostalgia and smooth rhythms. It’s the constant unpredictability that they present in the writing and tones of this album though that keep you excited and turn songs like “Total Football” into musical roller coasters. Political music is a delicate balancing act between making important statements, keeping your music just as essential and not alienating listeners. Luckily the young U.K. outfit is determined in their frustrations, and give as much life to their social commentary as they do with their rich tones and addictive choruses. Hearing tracks like “One Rizla” feels like a rallying cry, as they create a warm space to make listeners feel just as inspired as they do uncomfortable. Tracks like “Friction” and “Lampoon” bring a lovely density to punk rock again while equally leaving it with a sense of hope that few are offering the genre anymore. The purists will be delighted on tracks like “Concrete” too as Shame hit out with a viciousness and sonic abrasiveness that is intoxicating.

1. Idles – Joy as an Act Of Resistance A sense of critique and anger has always defined the music Idles make, but this year they aren’t holding back anymore. As the band pushes the envelope harder and harder, they shed light on mental health with music that sounds physically violent. They create tension across the album, especially on tracks like “Colossus” where their intense percussion and an explosive finale put toxic masculinity in its place. Even with cutting guitars on a track like “Danny Nedelko,” they make such compelling argument in their honest lyrics that you’ll have trouble hearing anything else. In its evil-sounding pop, “Great” is itself the band’s sound distilled down to a fine, pop edge. Through their powerful writing, Idles have delivered an important record that is just as vital in its message as its fiery tones.