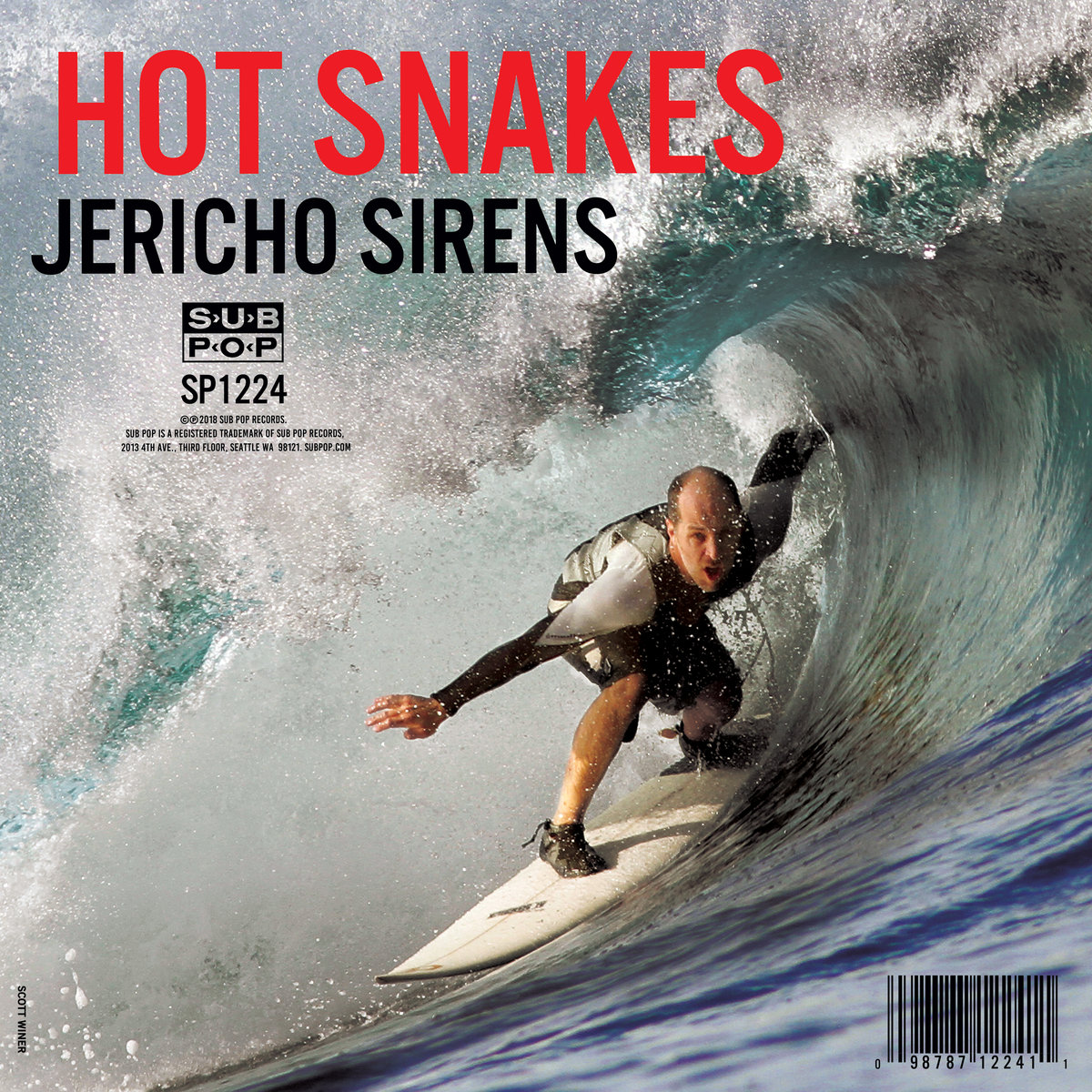 Having returned in 2011 from their 2005 hiatus, it’s taken a further 7 years for Hot Snakes to get back into the studio; but the wait has been worth it as John Reis and Rick Froberg helmed the project’s fourth LP ‘Jericho Sirens’ is a whip crackin’, plug in ‘n’ play riot of punk ‘n’ roll proportions. There’s a vitality to the album and one that wastes no time in revving up its punk rock wares from the off. It’s 10 sinewy tracks are crammed into just over 30 minutes and it’s this kind of immediate energy that gives Hot Snake’s their incendiary appeal.

“A lot of the other Hot Snakes records always had tension and release, but this one is mainly just tension” says Reis of ‘Jericho Sirens’ sonic DNA; this couldn’t be a more accurate summation of the band’s new album as all the tracks deal in a certain type of intensity and one that’s taut with absolutely no fat. The LP’s eponymous track is wound tightly and is bestowed with some of the album’s darker moments. The song’s shadowy textures could easily soundtrack a film scene where a frantic couple are careering through the desert at midnight looking for a desolate spot to dump a body. ‘Having Another?’ is cut from the same cloth, with its caustic riffs and rapid drum patterns revving up and down the band’s metaphorical speed-o- meter.

Froberg has remarked that society’s bleak world view has permeated ‘Jericho Sirens’ make up “no matter where you look, there’s always people saying the world’s about to end” and this macabre outset is portrayed in the accelerated rough punk of ‘Death Camp Fantasy” with Froberg nonchalantly stating “I look for beatings to avoid” as if to depict the human race tearing each other limb from limb. A distilled avalanche of rage is played out via ‘Why Don’t It Sink In?” as if to reflect the tension on the streets and on social media as Hot Snakes explode at full tilt with Froberg’s gravelled vocals replaced by an acidic scream. ’Candid Cameras’ strung out staccato bounce is another portrayal of Hot Snakes holding up a mirror to the status quo ‘Jericho Sirens’ is mainly a combustible punk ‘n’ roll record, fuelled by ire and bile but on two occasions the intensity drops from the red zone into the amber, for a cleaner less frantic sound; ‘Six Wave Hold-Down’ comes out swinging with deft grooves and a cocky swagger whereas the album is capped off by ‘Death of a Sportsman’s moodier, surf-rock twang, albeit the track’s swell gets choppy at times as it still has some fist- pumping, explosive moments.

Hot Snakes might have had a 14-year break from the studio but with ‘Jericho Sirens’ you wouldn’t have guess it; it’s a battle-ready, match fit record that’s loaded with lean punk rock haymakers and according to the band this is just the start “there’s already 2 more records written and recorded. We wanted to come out with this one using the more mainstream sounding stuff to give people a chance to catch up”. Ok Hot Snakes, we’ve caught up and we’re all ears – what else you got?