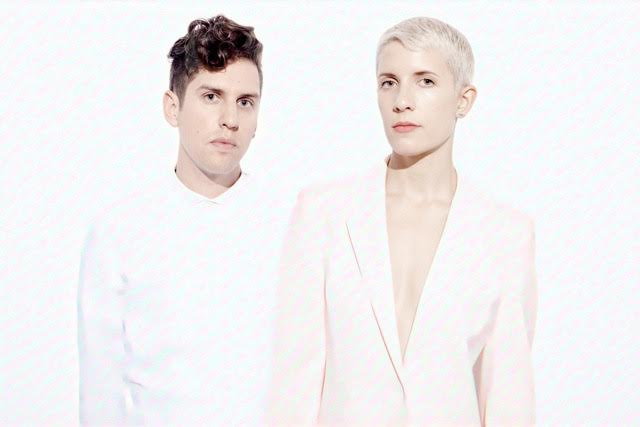 Los Angeles-based YACHT presented us with “Ringtone,” last month, the third cut from the concept-bending and genre-defying album I Thought The Future Would be Cooler, out December 4th on Downtown Records.

I love YACHT, I think their music and their live performances are mesmerising and they are just plain good people. For this release I wanted to make an old-fashioned Chicago banger as if the Eurythmics were remixed by DJ Pierre’ Joe Goddard

“Ringtone” is a centerpiece of the album: a frantic and surprisingly heavy pop song that sounds like Arthur Russell got in a bar fight with Cibo Matto over some unanswered texts from the Dust Brothers. It has been given the remix treatment it deserves, with Hot Chip’s Joe Goddard delivering a distinctive Chicago-house rework of the original, packing a rubbery, disco-inflected punch.

This album reveals YACHT at its most self-assured: critical, funny, tough, and musically diverse, crafting a hyperactive conceptual pop that seems to seep through the walls of an alternate universe. YACHT’s knowing references to technology, feminism, and media are layered in complex arrangements in songs about holograms and phones, police violence and identity, sex and the future.

YACHT is a Los Angeles based conceptual pop group fronted by Jona Bechtolt and Claire L. Evans, which was first created in 2002, as a design studio operating under the acronym ‘Young Americans Challenging High Technology.’ As technology became more evenly distributed, YACHT transformed into a word representing everything Jona and Claire touch, each medium informing the next. More traditional artists tend to compartmentalize their efforts, but like an adolescent trying on identities, from 2002-2015 YACHT have shapeshifted: from solo laptop performer to whacked-out performance artists, from harsh electronic comedians to composers, from a two-piece avant-garde karaoke group to a four-piece a no-wave broken disco band.